Greater Iqbal Park to open for public on August 14

Greater Iqbal Park to open for public on August 14

The Histor­y Museum will be opened in the second phase
By Our Correspondent
Published: July 13, 2016
Tweet Email 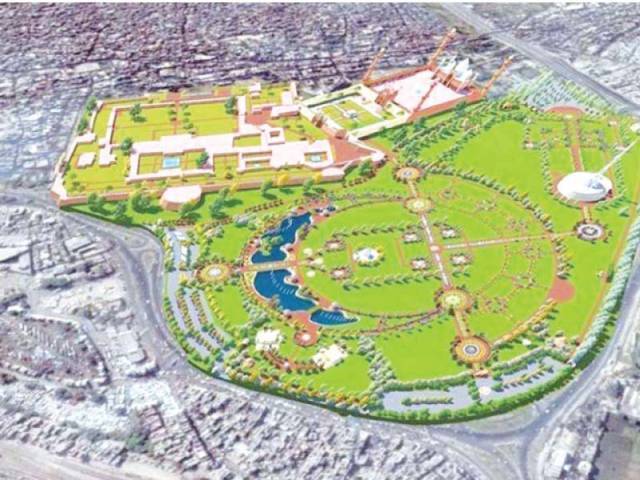 LAHORE: The Greater Iqbal Park is set to open for public on August 14. A history museum at the site will be opened in the second phase. Its construction is likely to be complete by October.

Lahore Division Commissioner Abdullah Khan Sumbal visited the Greater Iqbal Park site on Tuesday to monitor progress of construction. Speaking to the media, he said the contractor had been asked to speed up construction work by increasing the number of labourers employed at the site. “We have only 33 days in the grand opening of the park on August 14,” he said.

He said the Lahore Development Authority (LDA) had also initiated work for construction of a drain around the park for rain water. He said a lack of proper drainage had caused Iqbal Park to be inundated during the rainy season.

Sumbal said the Greater Iqbal Park was a project of national significance. It would also enhance the beauty of the city, he added.

Earlier, he also chaired a meeting to review progress in construction work.

The project features renovation of the Minar-i-Pakistan complex and expansion of the historic Iqbal Park by including in it more space from Circular Gardens and the road between the park and Lahore Fort.

New facilities to be provided at the park would include thematic food courts, elaborate walkways and art gardens. Food courts would be designed based on the culture and heritage of all four provinces and Gilgit Baltistan. The PHA would also install lights and fountains in the park.

To ensure foolproof security arrangements, a state-of-the-art surveillance system would be installed in the park.

The Greater Iqbal Park project was designed keeping in mind the need for greater outdoor spaces in the vicinity of densely populated areas of the Walled City. The design borrows elements like fountains, pavements, baradari (pavilion with 12 doors) and geometric patterns from Mughal era landscaping. The PHA says the park has been designed in a manner that an aerial view resembles the national symbol of the star and crescent. “The crescent and the star represents the country and the provinces,” it says.

The project was originally envisioned for the 2013-14 fiscal year but it could not be started due shortage of funds. A June 30 deadline for completion of construction work this year was also missed.