Police have regist­ered cases and arrest­ed some of the suspec­ts
By Our Correspondents
Published: July 13, 2016
Tweet Email 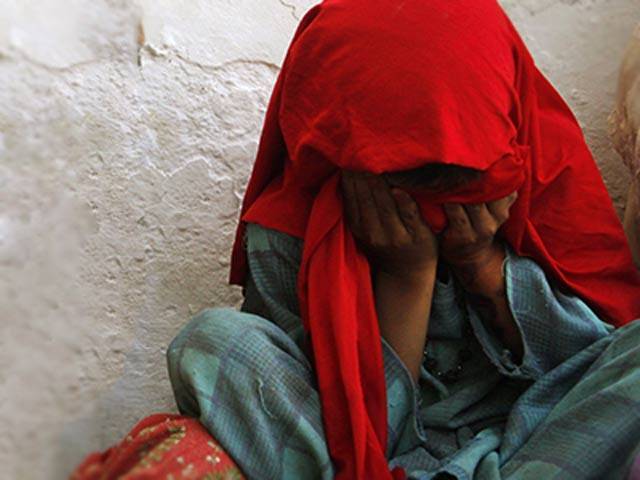 Police have registered cases and arrested some of the suspects. PHOTO: REUTERS

MULTAN/BAHAWALPUR: A woman was murdered for ‘honour’, another was torched over inheritance and a woman’s legs were broken in a beating she received from her brother and sister-in-law.

A woman was axed and murdered by her husband and his brothers for ‘honour’ in a Yazman Saddar police precinct.

Police said they had arrested three of the suspects and were looking for the fourth.

Yazman Saddar Investigations Officer Muhammad Akmal said Nazeer Ahmad, a resident of Chandni Chowk, Chak 109-DB, near Bahawalpur, had suspected his wife of having an affair with another man.

Ahmad and his brothers Shafiq, Zulfiqar and Danish attacked the woman with axes and killed her late on Monday.

Police were informed. They arrived at the scene and took the body to a hospital for post-mortem examination. They also arrested Ahmad, Shafiq and Zulfiqar. Akmal said that Danish had fled and they were looking for him. “We will arrest him soon,” he said.

A 35-year-old woman was set ablaze, allegedly by her in-laws, for refusing to transfer three kanals of land which she had inherited to her husband. Doctors treating her at Nishtar Hospital’s burn unit said her condition was critical and she had suffered 40 per cent burns to her body.

The woman, a resident of Basti Pipli, Sayadanwali in Qasba Jaman Shah, had recently inherited three kanals in Layyah district from her deceased parents. Her in-laws had been pressuring her to transfer the property to her husband, but she had refused.

Police said on Tuesday, Sarwar Shah, her father-in-law, and his sons Anwar Shah and Shamail Shah doused her with petrol and set her alight. The woman’s four children put out the fire, police said.

Police were informed. They took her to Nishtar Hospital in Multan. Doctors treating her there said she had suffered injuries to her arms, back and lower abdomen. They said her condition was critical.

Saddar police said they had registered an FIR and action would follow receipt of a medico-legal report. Police said two people had been taken into custody for interrogation.

A man and his wife are accused of using a hammer to break his sister’s legs on Monday after they accused her of helping their daughter elope with her love interest last year.

Baloch had suspected that his sister had helped his daughter in her attempt to elope.

On Monday, Baloch and his wife Laal Mai beat up his sister with hammers. Several people in the area gathered after hearing the woman’s screams. They took her to a rural health centre for treatment. Doctors there said her legs had been broken at several places.

Police said they had registered a case against Baloch after the victim filed a complaint.