the number of people being diagno­sed with AIDS in Austra­lia was now so small it was no longer report­ed.
By Reuters
Published: July 11, 2016
Tweet Email 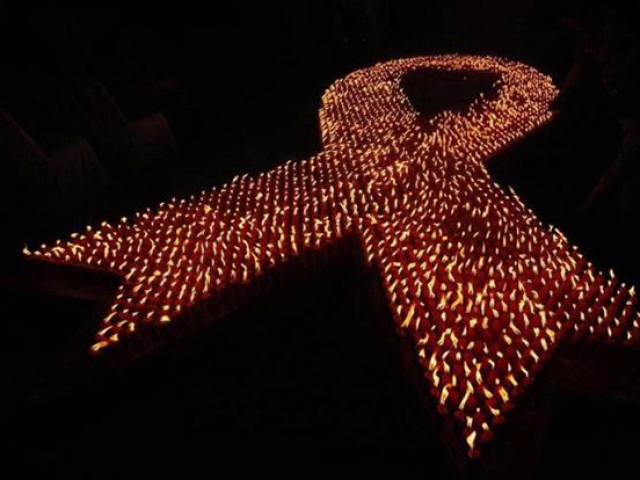 About 2880 candles are seen lit during a World AIDS Day event in Jakarta in this file photo dated December 1, 2009. PHOTO: REUTERS

SYDNEY, AUSTRALIA: Australia declared on Monday the AIDS epidemic is no longer a public health issue there, a month after the United Nations adopted an ambitious target to eliminate the threat globally by 2030.

The government-backed Australian Federation of AIDS Organisations (AFAO) and top scientists said the number of people being diagnosed with AIDS in Australia was now so small it was no longer reported.

AIDS cases in Australia peaked in 1994, at 953 cases, according to the Kirby Institute for infection and immunity in society.

Since then, following the introduction of antiretroviral treatment, that prevent AIDS developing in people who are infected with the HIV virus, and awareness campaigns, AIDS diagnoses have declined sharply.

“Australia is incredibly fortunate to be in the position and its because of farsighted government policy,” said Darryl O’Donnell, chief executive AFAO.

A spokeswoman for the Federal Department of Health said while it was tremendous that AIDS was “not the automatic death sentence that it once was”, approximately 1,100 cases of HIV are detected each year.

“We must not let down our guard.”

Worldwide there are 36.7 million people living with HIV, according to the World Health Organization, with 180,000 people dying from AIDS-related illness in the Asia-Pacific region last year.

The United Nations agreed a new declaration on ending the AIDS epidemic at a meeting in New York last month.

Andrew Grulich, head of the HIV Epidemiology and Prevention Program at the Kirby Institute, said other countries could learn from Australia.

“The thing that has characterized Australia is a partnership between all sectors involved,” he said. “Community, research and the government – and having bipartisan political support.”