It isn't in my blood to give up, says Imran on third marriage

It isn't in my blood to give up, says Imran on third marriage

PTI chairm­an says he is even more open to marria­ge than before­
By News Desk
Published: July 11, 2016
Tweet Email 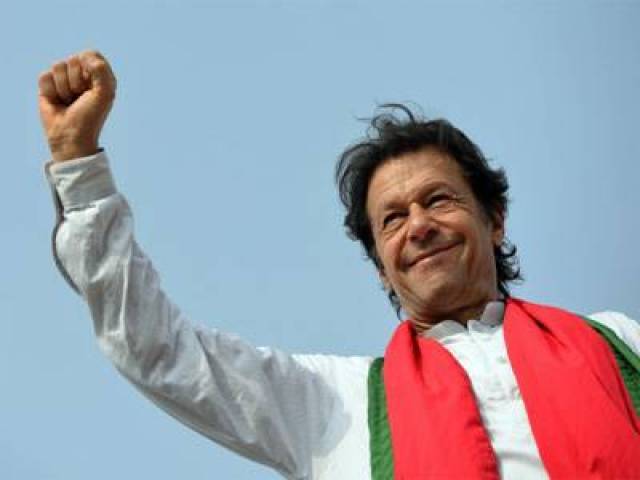 PTI chairman says he is even more open to marriage than before. PHOTO: AFP

Even after two divorces, Pakistan Tehreek-e-Insaf (PTI) chairman Imran Khan has said he will not give up the idea of marrying again and is actually thinking about it even more these days.

“It’s not in my blood to give up. But it takes a lot … [the idea of marriage] is even more open than before. But marrying at 60 is not like marrying at 30,” Imran said during an interview with Hindustan Times on Sunday.

The PTI chairman who divorced his second wife this year also revealed he had always remained faithful to his spouse while he was married. “I’m very proud to say that while married, I’ve always been faithful. I had told myself I would not indulge in infidelity and I never did. It is the greatest pain a human being can cause to their partner, which is why in all religions it is a sin,” he said.

When asked how he saw the institution of marriage, Imran was staunchly supportive of the idea and remarked that bachelor life is a superficial existence. “I would always choose married life. Because bachelor life is: all that glitters is not gold. It is very shallow and empty. It is a superficial existence. You cause a lot of pain. As a bachelor there were a lot of heartaches, and I regret that,” the PTI chairman said.

“I am 63 years old and have been married for only 10 years, but I am more of a staunch believer of marriage now [after two divorces] than I ever was,” he added.

Spilling beans on his first divorce with ex-wife Jemima, Imran did not hesitate to say, “It was a very painful ending because it wasn’t a natural ending. But that’s life”. However, he said he did not have any regrets as he had tried his best and so had Jemima, with whom he still shares a “very friendly” relationship.

On his second divorce, the cricketer-turned-politician said that it was even more difficult for him to part ways with Reham Khan, his second spouse.

The 63-year-old said his psychologist had advised him not to get married after his divorce with Jemima because his children might get adversely affected. But when the right time came, he married Reham Khan but it did not work out as she had her own family and he had his. “When they [Imran’s sons] were old enough, I thought I would try again, but it just didn’t work out because when you have grown children and she has grown children, it’s very difficult. There’s your family, her family. It was too complicated.”

Although Imran said that he did not have anyone in mind for the third try – not even remotely, he did not shy away from expressing what he was looking for in his third spouse.

“I never judge people for what they are. I judge the type of person they aspire to be. You have to be with someone who is stimulating. You know, I’m not into looks that much. I’m not impressed by glamour or fashion. I get impressed by someone who has a belief system, convictions…” he said.