They can't stay away from contro­versy for too long, can they?
By Entertainment Desk
Published: July 5, 2016
Tweet Email 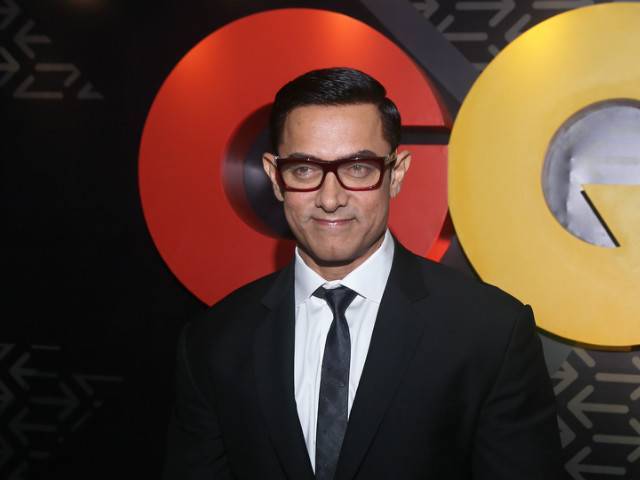 Will it ever stop? PHOTO: GQINDIA

It appears that Bollywood bigwigs can’t stay away from controversy for long.

Unlike Shah Rukh Khan, Aamir Khan spoke against his close friend Salman Khan’s “insensitive and unfortunate”  raped woman remark but the 3 Idiots star ended up sparking outrage in the process.

During a recent media interaction for the poster launch of his upcoming film Dangal, the superstar compared his star persona to Shah Rukh and Salman saying, “When I see Salman walking into a room, it feels like a star has arrived. When I enter it feels like a waiter has entered.”

#WATCH: Aamir Khan compares Salman Khan to a star and himself to a waiter, immediately apologizes for waiter remarkhttps://t.co/lJqbDydFbk

And there you go!

Although Aamir instantly realised his mistake and apologised for his statement saying, “I am sorry, I shouldn’t say that because waiters are great people,” the Twitter army couldn’t let it go.

Here’s what the have to say:

How unfortunate and insensitive is @aamir_khan remark over Waiter before he judge Salman Khan.Grow up Mr. Insecure#SultanIsIronman Will it ever stop?