In the city of lights, an orphaned boy from Bahawalpur becomes a star

In the city of lights, an orphaned boy from Bahawalpur becomes a star

Saquib Sumeer knew that choosi­ng acting over a busine­ss degree would be a tough call.
By Rafay Mahmood
Published: February 3, 2011
Tweet Email 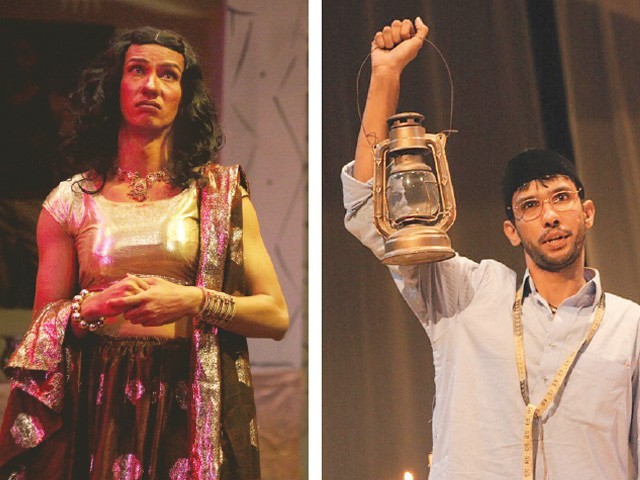 KARACHI: Saquib Sumeer may have packed his books for an MBA when he left Bahawalpur for Karachi, but when he entered the city he headed straight to the National Academy of Performing Arts (Napa).

Sumeer lost his parents at the age of three and because he had four siblings, he knew that choosing acting over a business degree would be a tough call. Living in a rented apartment, he knew he would need more than just a good argument to justify his career choice to his family.

“When I initially joined Napa, there was a lot of resentment from my family as crafts, such as acting, were prohibited and I was treated like an outcast,” he said. It was not until things actually started to work in his favour that his family started accepting him.

Before he could work towards improving his acting skills, Sumeer joined his seniors in writing sitcoms, which later became his primary source of income. “Together we wrote ‘Ishrat Baji’ which was an instant hit on Aag TV due to its absurd comedy. Ishrat Baji was my ticket into the writing industry.”

Simultaneously, Sumeer also worked on Napa Repertory Theatre’s plays and his performances in ‘Kanjoos’ and ‘Beech Bahaar ki Raat ka Sapna’ – an adaptation of William Shakespeare’s A Midsummer Night’s Dream — boosted his acting career. Sumeer gave long hours to his work and in return he managed to pay the rent for his apartment. Some time later, he also joined an Urdu comedy troupe ‘Aisa Karo Gay to Kaun Aaye Ga?’

“The comedy troupe has been a phenomenal experience,” Sumeer said. “Sometimes it is even more fulfilling than acting because you make people laugh in a place like Karachi where bad things keep happening … I am not playing a character while improvising and whatever appreciation I get is because of Saquib Sumeer.”

Since his student life, Sumeer has shown his diverse talents but a major benchmark of his career came with his role in the current production of Bombay Dreams in which he plays Dolly, the head of eunuchs. “Before the play, I couldn’t even speak English properly but I ended up getting five rounds of applause just for my performance in the first ticketed show,” he said proudly.

Sumeer was surprised to qualify for a play based on Bollywood with several dance numbers. When he came for his audition, Shah Sharabeel, the play’s director, liked his acting but wanted him to dance.

“I asked him to play ‘Mauja hi Mauja’ but he thought it was a very masculine track,” Sumeer recalled. “In the end, I had to dance to ‘Choli ke Peechay Kia Hai’ to convince them that I could act like a eunuch.”

For the Karachi audience, Dolly was a memorable character but for Sumeer the role is unforgettable because his brother came to see him. “Dolly from Bombay Dreams was quite a difficult character and the appreciation I received made me realise that if you are dedicated to your craft, you can easily earn a living out of it.”

Rs5 billion to be handed over within a few days: CM