Umair Jaswal says it will only promot­e VIP cultur­e
By Our Correspondent
Published: June 24, 2016
Tweet Email 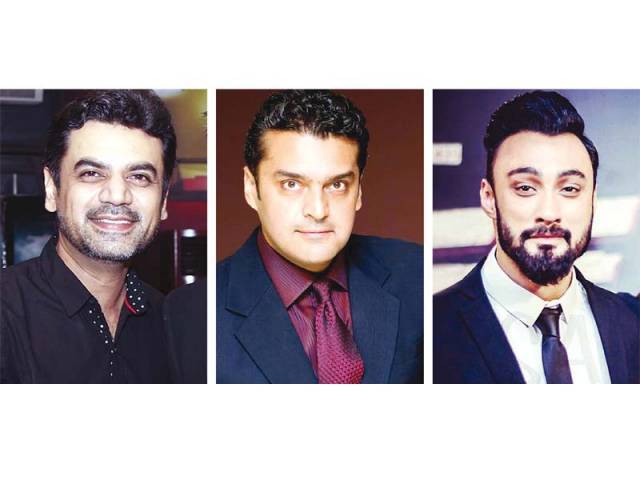 While some said Alam’s demand for security of artists is justified, others opposed it, terming it promotion of VIP culture. PHOTOS: FILE

KARACHI: Amjad Sabri’s unexpected death appears to have jolted the Pakistani artist community severely. In a show of solidarity, multiple stakeholders of the entertainment industry uploaded a video message on Facebook, demanding the same level of security that is generally reserved for government officials.

Led by Fakhr-e-Alam, the video features some of the industry’s most recognisable faces — including Faisal Qureshi, Faakhir and Maria Wasti — requesting the government to provide artists with the same security protocol that politicians receive as artists are as popular as them. While the video has gone viral, the demand has ended up dividing not only the general public but also the artist community.

In the over two-minute-long video, the Sindh Board of Film Censors chairman says, “We are deeply shocked by Amjad Sabri’s death and have realised that there is no one to look after our safety and security. We want the same security that the government officials are being given. And if that does not happen, then government officials should also give up their protocols so that we at least feel that all of us are equally vulnerable.”

Weighing in on the matter, actor-cum-screenwriter Vasay Chaudhry felt that while Fakhr-e-Alam does have a point, the argument works both ways. “I totally agree with him on the point that we [Pakistani artists] are amongst the most recognisable faces in the country and by that account we should receive security,” Chaudhry told The Express Tribune.

“But then again … certain politicians are actually government employees so it is their constitutional right to have security,” he explained. “We may be doing a service to our country as actors but we have not been employed by the government.”

Maalik director Ashir Azeem felt that it is possible that the video is being misinterpreted by the people.

“It is not about artists demanding security, in my opinion,” he said, adding, “The point they are trying to raise is that the government should either provide security to everyone or no one.”

Seconding Chaudhry, singer Umair Jaswal also felt that Sabri’s case was very different. “Sabri was a legend. And given that he had filed for security, he should have been provided with it,” noted Jaswal. “But demanding security for all artists is not the solution. I am firmly against this VIP culture as I believe we should improve our judicial system and ensure that the law is equal for everyone so that before committing such a heinous act, people would think twice.”

Despite multiple attempts, Fakhr-e-Alam could not be reached for comment.

Sabri was killed on Wednesday when unidentified assailants opened fire on his car.

The legendary qawwal will make his posthumous appearance, recorded a few weeks earlier, in the ninth edition of Coke Studio, where he will be seen collaborating on the qawwali Aj Rang Hai with Ustad Rahat Fateh Ali Khan.