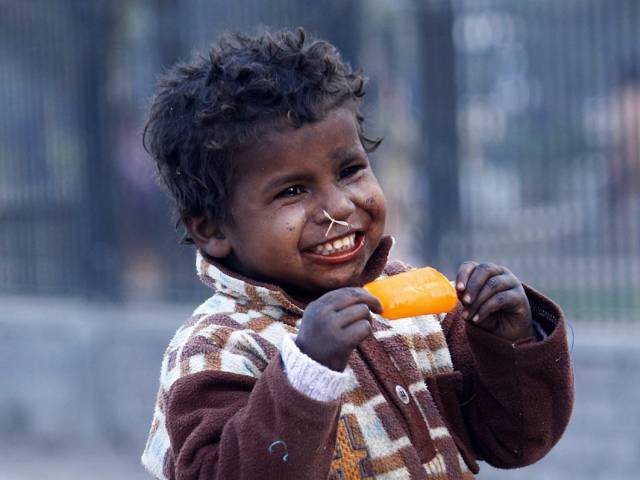 ISLAMABAD: Four out of 10 Pakistanis are living in acute poverty with the population of Balochistan faring the worst among the provinces, according to Pakistan’s first-ever official report on multidimensional poverty.

The report unveiled by Planning Minister Ahsan Iqbal on Monday in Islamabad details the country’s official Multidimensional Poverty Index (MPI), which shows a sharp decline with national poverty rates falling from 55 % to 39% from 2004 to 2015.

Rather than income and wealth alone, the MPI uses broader measures to determine poverty based on access to healthcare, education and the overall standard of living, thus giving a more detailed understanding of poverty.

The report states 38.8% of Pakistan’s population lives in poverty. A majority of the rural population (54.6%) lives in acute poverty while this ratio is only 9.4% in urban areas, emphasising the need to make rural-centric economic policies. Among the provinces, multidimensional poverty is the highest in Balochistan and the lowest in Punjab.

If regions are also included, the Federally Administered Tribal Areas (Fata) has the highest poverty rate, where three out of every four persons (73.7%) are poor.

Fata is followed by Balochistan (71.2%) and Khyber-Pakhtunkhwa (K-P), where half of the population (49.2%) suffers from acute poverty and deprivation.

In Sindh, 43.1% population is extremely poor due to lack of education, health facilities and poor living standards. In Gilgit-Baltistan, 43.2% people are poor while in Punjab, three out of ten (31.4%) and in AJK four out of 10 (25%) persons are poor.

Except K-P, where the poverty level remained almost the same over a period of two years, in the other three provinces the acute poverty level declined from 2012-13 to 2014-15.

The planning minister said poverty came down largely because of the growth in the informal economy. “It is unfortunate that many millions are still left behind,” he said while commenting on the findings of the report.

He acknowledged the development was not about numbers but about people. “No matter how good numbers look, such development only caters to the need of the elite and the powerful,” Iqbal said.

Four of the five poorest districts are in Balochistan, where poverty level is alarmingly high. The poorest district is Kila Abdullah with 97% poor population, followed by Harnai 94.2%, Barkhan 93.6%, Sherani 90.6% and Kohistan in K-P with 95.8% poor people.

In Sindh, Tharparkar has been declared the poorest district with 87% population living under the poverty line followed by Umerkot 84.7%, Tando Muhammad Khan 78.4% and Badin and Kashmore where almost 75% of the population is poor.

In Punjab, Muzaffargarh (64.8%) and Rajanpur (64.4%) are the poorest districts, followed by DG Khan 63.7% and Bahawalpur 53%. All these districts are part of southern Punjab, which has been neglected by successive governments over the years.