Police said they had moved the bodies to the Tandli­anwala tehsil headqu­arters hospit­al for post-mortem­
By Our Correspondent
Published: June 19, 2016
Tweet Email 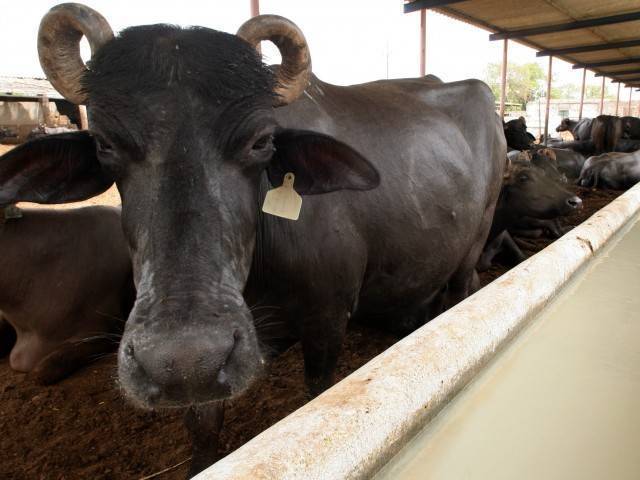 Police said they had moved the bodies to the Tandlianwala tehsil headquarters hospital for post-mortem. PHOTO: ATHAR KHAN/EXPRESS

FAISALABAD: Three people, including two brothers, were killed and another was injured on Friday in a dispute over a buffalo in Tandlianwala area, police said.

They said Mumtaz, 50, his brother Sarfraz, 48, their nephew Rab Nawaz, 24, and their son-in-law Muhammad Nawaz had gone to visit one Ghulam Rasool to settle the two-month-old dispute.

They had an argument following which Ghulam Rasool and his accomplices opened fire at them killing Mumtaz, Sarfraz and Rab Nawaz. Muhammad Nawaz was taken to Allied Hospital where doctors treating him said he was in a critical condition. Their assailants fled.

Police said they had moved the bodies to the Tandlianwala tehsil headquarters hospital for post-mortem.

Tandlianwala City SHO Javed Iqbal told The Express Tribune that a case had been registered under Sections 302 (murder), 148 (rioting), 149 and 324 of the Pakistan Penal Code against Ghulam Rasool, his three sons – Khalid, Zeb, Abid – Muhammad Hussain and Haidar.

He said two teams had been formed to arrest the suspects.