Empowering the marginalised : Women development budget goes up by 5.2%

Empowering the marginalised : Women development budget goes up by 5.2%

Alloca­tion in the ADP for minori­ties increa­sed by 6.5%
By Haniya Javed
Published: June 13, 2016
Tweet Email 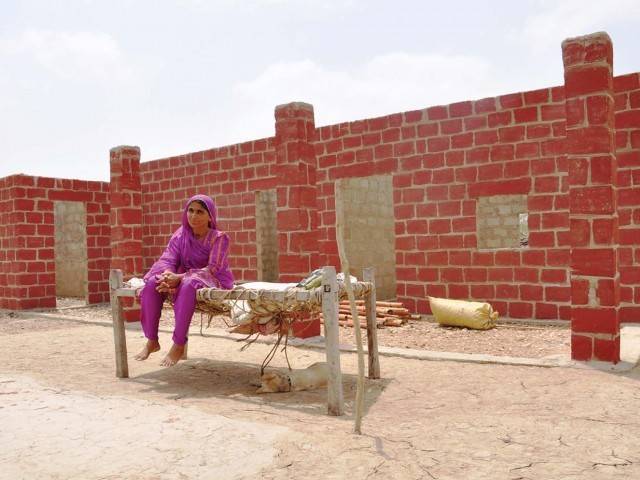 Allocation in the ADP for minorities increased by 6.5%. PHOTO: UNDP PAKISTAN

KARACHI: The Sindh government enhanced the budget for women development by 5.2% with an increase of Rs26 million.

As per the budget document, a total of four new schemes have been introduced, including two unapproved schemes in 2015-2016. These schemes of last year, which have been carried forward as new in the current budget, are the establishment of Women Development Complex in Karachi and the establishment of women complaint cells in different districts of Sindh. According to the budget document of last year, 25% financial progress was to be made by June, 2016. However, the document of fiscal year 2016-2017 suggests that the status of these schemes is null.

For Karachi, the Sindh government plans to improve the livelihood and wellbeing of female home-based workers as well as the development of skills of women with disabilities. Finance Minister Murad Ali Shah, in his speech to the provincial assembly on Saturday, also talked about Rs134 million set aside for poor women and children prisoners. None of this is mentioned in the annual development programme (ADP).

Seven of the total eleven schemes are ongoing. Out of these, the formation of three day care centres in Karachi and one each in Hyderabad, Sukkur and Larkana was to be completed in 2015. However, with the delay of further two years, the proposed completion plan has now been postponed till June, 2017. Similar is the case of the establishment of a working women’s hostel in Benazirabad. Similarly, two more projects, namely the women development complex at Benazirabad and a women development complex in Sukkur, were slated for completion by 2016. They have now been marked for completion in the fiscal year 2016-2017.

Shah, in his speech, mentioned a grant in aid for the uplift of social and economic welfare of minorities in Sindh to be increased by 200%. As was the case last year, the budget for fiscal year 2016-2017 includes no new such schemes. The ‘new’ scheme of last year, which is the construction of minorities’ religious places, is the same for this year, too, with the only difference being the cost having been increased by Rs40 million.

None of the ongoing schemes listed in the budget document of last year, such as the repair and renovation of mandirs in Karachi and other districts, have been completed. In fact, these schemes have further been delayed for two more years. Originally set for completion in 2015, their target date of completion is now 2017 with zero financial progress.

In addition, the scheme for renovation of mandirs in Karachi having the same estimated cost of Rs99 million has been slated for June 18. The budget goes on to mention the marble flooring of Dham Raharki Sahib Darbar, Ghotki district, and renovation of Gauoshala Pir Jo Goth in Khairpur, in which no progress has so far been made in 2016.