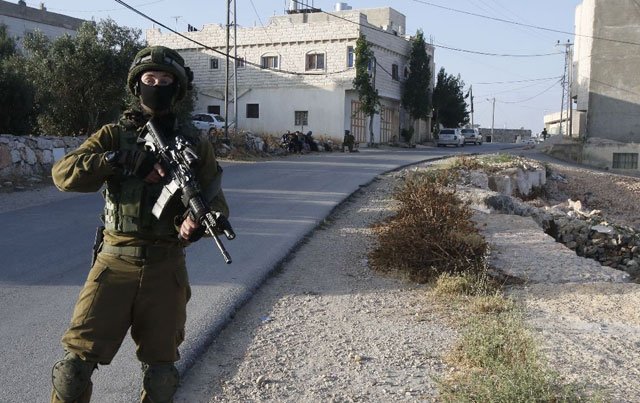 
An army spokesperson told AFP that crossings to Israel from the West Bank and the Gaza Strip would be closed for Palestinians in all but "medical and humanitarian cases".

She said that the closure would remain in force until midnight Sunday.

AFP journalists said however that on Friday morning, well after the lockdown was supposed to have taken effect, Palestinians were still crossing from the occupied West Bank into Israel in large numbers in the Bethlehem and Ramallah areas.

Prime Minister Benjamin Netanyahu convened his security cabinet on Thursday and announced a slew of punitive and deterrent measures against Palestinians in the wake of Wednesday's shooting in a popular Tel Aviv nightspot, the deadliest attack in a months-long wave of violence.


Among the measures, the government said it was revoking entry permits for more than 80,000 Palestinians to visit relatives in Israel during the holy Muslim month of Ramadan, a move likely to further stoke tensions.

It also revoked work permits for 204 of the attackers' relatives and the army blockaded their West Bank hometown of Yatta, with soldiers patrolling and stopping cars as they entered and exited.

The government also said it was sending two additional battalions -- amounting to hundreds more troops -- into the occupied West Bank.

Newly installed Defence Minister Avigdor Lieberman ordered that the bodies of Palestinians killed while carrying out attacks would no longer be returned to their families for burial, a spokesperson said.

An Israeli couple looks towards people gathering at a restaurant which was targeted by Palestinian gunmen at a shopping complex in Tel Aviv. PHOTO: AFP

The policy is backed by Israeli hawks as a deterrent measure.

Israel last closed its crossings for two days in May during its Remembrance Day and Independence Day commemorations.

A closure is often imposed over Jewish holidays, when large numbers of Israelis congregate to pray or celebrate, presenting a potential target for Palestinian attacks.

The start of April's Passover festival saw this type of shutdown.

The closure announced Friday came as Israeli security forces deployed in Jerusalem, prepared for "thousands" of Muslim worshippers to visit the flashpoint Al-Aqsa mosque complex for prayers on the first Friday of Ramadan.

"Thousands of police will be in and around the Old City of Jerusalem carrying out security measures," a police statement said.

Violence since October has killed at least 207 Palestinians, 32 Israelis, two Americans, an Eritrean and a Sudanese.

Most of the Palestinians were carrying out knife, gun or car-ramming attacks, according to Israeli authorities.

Others were killed in clashes with security forces or by Israeli air strikes in the Gaza Strip.

The violence has declined in recent weeks, though attacks have continued. 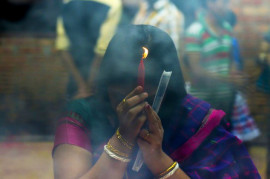 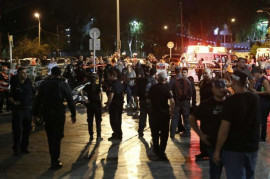 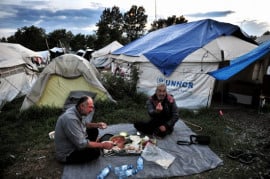 Ramazan a challenge for migrants trapped in Greece