Say their financ­ial proble­ms have not been addres­sed
By Our Correspondent
Published: June 6, 2016
Tweet Email 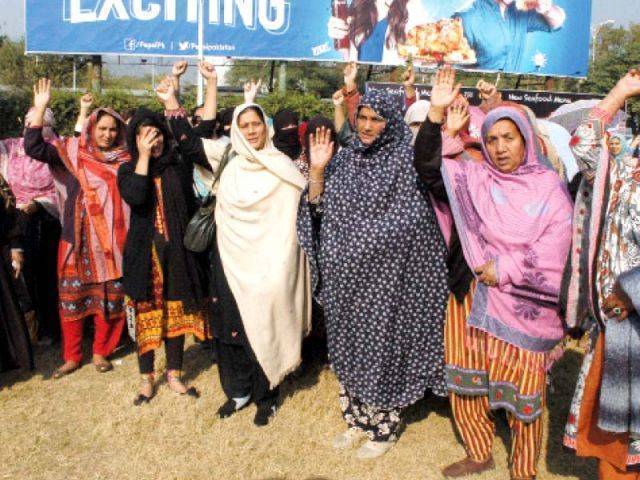 Say their financial problems have not been addressed. PHOTO: EXPRESS

ISLAMABAD: The Federal Government College Teachers Association (FGCTA) has rejected the budget 2016-2017, regarding it devoid of any incentives, completely unrealistic and without any redressal of issues and economic problems of the teachers.

The FGCTA said that just 10 per cent increase in their basic pays was nothing more than an eye-wash.

The teachers were looking for a reasonable increase in pay and other benefits given the present situation but they have been left deprived.

FGCTA President Manzar Zafar Kazmi said all over the world, the teachers were offered special incentives to ensure their maximum focus in their official commitments.

One of the incentives includes complete tax waiver or reduction in tax rate, he said.

In the past, the teachers were given 75 per cent waiver in tax deduction but this incentive has also been withdrawn and this rebate has been reduced to 40 per cent two years ago.

The teachers were expecting a kind gesture from the government with revival of 75 per cent waiver in tax.

FGCTA General Secretary Muhammad Akram said the teachers with no extra fringe benefits of their respective grades, were quite ambitiously waiting for reasonable increase in their emoluments from the present government, which claimed to have made education its top priority. K-P and Punjab have already improved promotion formula of college teachers but not in the ICT, a press statement said.