Education dept to get additional Rs3b in ADP

Education dept to get additional Rs3b in ADP

80% of the budget to be used for ongoin­g projec­ts
By Yusra Salim
Published: June 5, 2016
Tweet Email 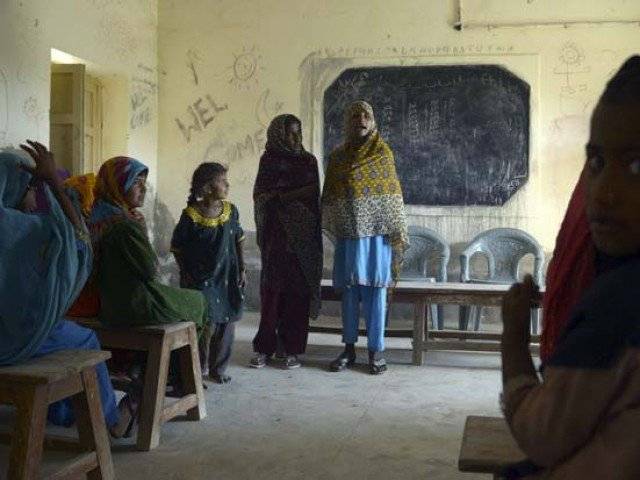 80% of the budget to be used for ongoing projects. PHOTO: AFP

KARACHI: The allocation for the education and literacy department in the Annual Development Programme (ADP) 2016-17 will be increased by Rs3 billion for the upcoming fiscal year, with Rs13 billion allocated for various ongoing and new schemes.

This amount was decreased to Rs10 billion in the fiscal year 2015-16 as compared to 2014-15’s allocation of Rs10.89 billion. “The ADP has been increased to Rs13 billion from last year’s Rs10 billion,” education secretary Fazlullah Pechuho told The Express Tribune. He added that 80% of the budget will be allocated for ongoing projects, while 20% has been fixed for new schemes across the province.

One of this year’s new schemes is the construction of multi-purpose halls or career development centres in Sukkur, Shaheed Benazirabad and Larkana. This project was added to last year’s budget but was not approved by the planning and development department. “This year, it will be added again in the new schemes [section],” explained Pechuho. The project is estimated to be completed by June, 2018, at a cost of Rs700 million, according to last year’s budget statement.

One of the purposes for constructing the halls is to put an end to cheating and improve the examination process in Sindh. The education department plans to counter the cheating culture in the province by constructing exam halls which can cater to 10,000 to 15,000 students. The initial plan is to establish the halls in three districts and then expand the project to the rest of the province. The halls will replace the traditional examination centres used for matriculation and intermediate annual examinations.

The project, which was approved on April 3, 2013, was meant to be completed by June, 2015, but the education department only constructed six schools. Last year Pechuho had said at least 16 schools would be completed by March, 2016.

After receiving the new budget, the education department will also announce the number of new appointments for the posts of taluka education officers, early childhood teachers and headmasters. “We will appoint around 2,500 new headmasters,” he explained, adding that the budget will include hiring an additional 1,000 teachers for the department’s pre-school programme. In order to improve the education system in the province, an allocation will be made in the budget for the hiring of 5,000 new teachers for schools and colleges across Sindh.

However, some projects, such as the free lunch scheme, will not be funded through the budget. The scheme was announced by education minister Nisar Ahmed Khuhro in February this year and will be funded through outside grants, said Pechuho, adding that it might be done in collaboration with the World Bank’s nutrition programme.

Regarding schools that are without adequate facilities, he said that the department’s school infrastructure development project and World Bank will renovate around 3,000 schools. The funding for this will be given through the budget. To revamp the schools and improve infrastructure and quality of education, public-private partnership will be employed in 30 schools across the province on a contract basis.