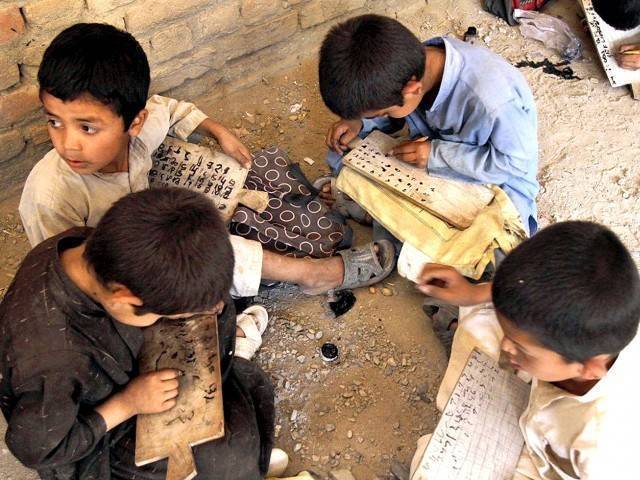 PESHAWAR: Although efforts are being made by the elementary and secondary education department to increase the FY 2016-17 budget, the total outlay is expected to be reduced. It is just one-tenth of the amount demanded by the department.

The finance department is expected to allocate Rs101 billion for education – in 2015-16 the amount was Rs104 billion.

A finance department official, requesting anonymity, told The Express Tribune the department had kept Rs101 billion aside for the 2016-17 education budget. He said the education department was demanding Rs1.1 trillion which was impossible for the government to match.

The official added the government was already running a huge deficit due to the failure of the federal government to provide funds as agreed. As a result, the development budget of all departments for FY 2015-16 was slashed by 20%.

He said the elementary and education department was making efforts to persuade the government to increase the upcoming budget, but it was unlikely due to the shortage of funds.

According to the K-P budget documents for FY 2013-14, Rs85 billion was allocated for elementary and secondary education, which was an 11% increase from the previous year. In 2014-15, the figure went up to Rs94 billion. For 2015-16, the government raised this budget to Rs104 billion with an 11% increase.

He said no new development schemes were included and focus would be diverted to ongoing ones. The senior official revealed around 500 primary, middle and high schools would be upgraded under the ADP.

Speaking to The Express Tribune, Abdullah Alam, a research fellow at the Institute of Social and Policy Sciences said there was not much of an increase in the education budget over the last few years.

Put it out: K-P plans to clamp down on smoking