Woman killed by shark 'bigger than boat' in Australia

Woman killed by shark 'bigger than boat' in Australia

Three fisher­men who tried to help the woman descri­bed the shark as being longer than their 17-foot long boat
By AFP
Published: June 5, 2016
Tweet Email 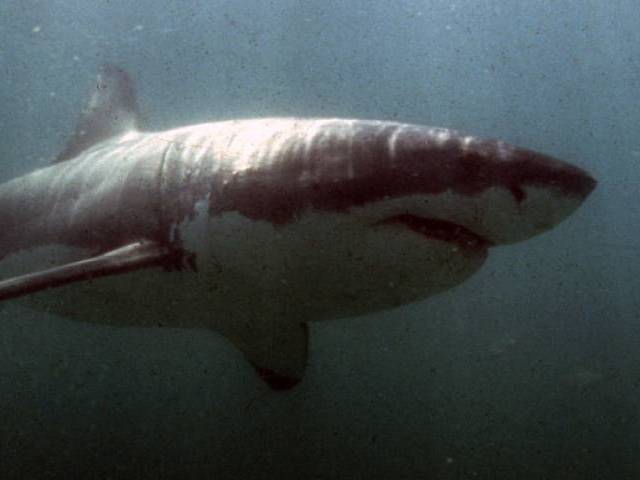 SYDNEY: A woman was fatally mauled by a huge shark — described by witnesses as larger than their boat — near the western Australian city of Perth on Sunday.

The attack on the woman off the northern Perth suburb of Mindarie comes just two days after a surfer died after having his leg bitten off by a shark along the same coastline.

Western Australia state police said the woman — reported to be a 60-year-old diver — had “significant injuries that are consistent with a shark attack”.

Police Inspector Danny Mulligan added that three fishermen who tried to help the woman and her partner described the shark as being longer than their 5.3-metre (17.4-foot) boat.

He said the woman’s diving partner felt “something go past him” when he was in the water.

“When he surfaced he saw a commotion in the water and then another boat arrived to pull him out of the water, and then it was noticed that the lady had suffered some severe and fatal injuries,” Mulligan said according to the Australian Broadcasting Corporation.

“Given the nature of the injuries and the location of the incident, it is likely that a large white shark greater than three metres in size is responsible,” the state’s Department of Fisheries said it a statement.

The department added that it had deployed “capture gear” — reported to be drum lines — to “fish for the shark” after the attack, which happened one kilometre (0.62 miles) offshore.

Local beaches were closed after the incident.

The suspected attack came two days after Ben Gerring — a surfer who lost a leg in a mauling off Falcon Beach some 115 kilometres south of Mindarie on Tuesday — died in hospital.

The 29-year-old was with a group of surfers when what is believed to have been a great white shark pounced on him, ripping off his right leg above the knee and snapping his surfboard in half.

A 4.2-metre shark caught on Wednesday near to where the attack occurred was destroyed at sea, although authorities could not confirm whether it was responsible.

Emirati businessman pays $4.9 million to be ‘number one’ motorist