A great white shark pounce­d on him, rippin­g off his right leg above the knee and snappi­ng his surfbo­ard in half
By AFP
Published: June 4, 2016
Tweet Email 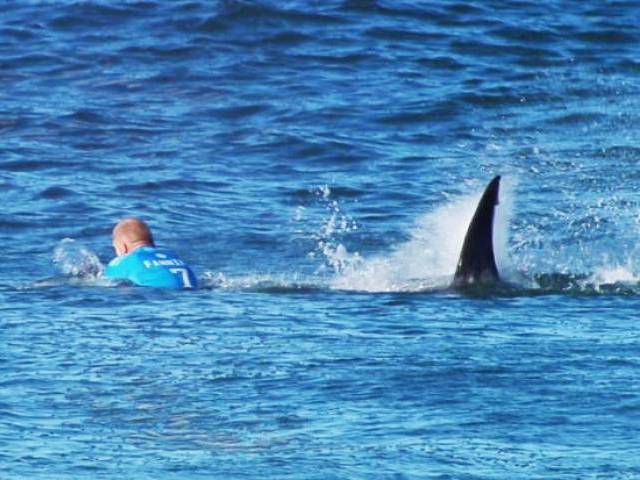 Man under attack from a shark. PHOTO: REUTERS

SYDNEY: A surfer who lost a leg in an Australian shark attack has died in hospital, police said Saturday, saying his injuries were too severe for him to survive.

Ben Gerring, 29, was with a group of surfers at Falcon Beach in Western Australia when a suspected great white pounced on him on Tuesday, ripping off his right leg above the knee and snapping his surfboard in half.

Fellow surfers rushed to his aid, helping him from the water and giving him first aid before he could be transferred to Royal Perth Hospital in efforts praised by his family.

“Tragically, the man was unable to recover from his injury and passed away last night (Friday),” Western Australia Police said in a statement.

Authorities said a 4.2-metre (nearly 14 foot) shark was caught on Wednesday near to where the attack occurred, but they could not confirm whether it was responsible. The shark was destroyed at sea.

The Western Australian government has already ruled out a return to a controversial policy under which baited hooks attached to floating drums were placed near popular beaches in 2014 and used to capture sharks, with the biggest of the animals put down.

The catch-and-kill policy was abandoned after objections from the state’s environmental agency and conservationists.

“The policy did not prove effective in catching great whites and the great white shark was principally the problem,” state Premier Colin Barnett said Thursday.

“It’s unfortunately one of these things we have to deal with here in Western Australia. We have a fairly alive ocean that surrounds our coast,” he told the Australian Broadcasting Corporation.