'The deceas­ed person has signif­icant injuri­es that are consis­tent with a shark attack' WA police­
By AFP
Published: June 5, 2016
Tweet Email 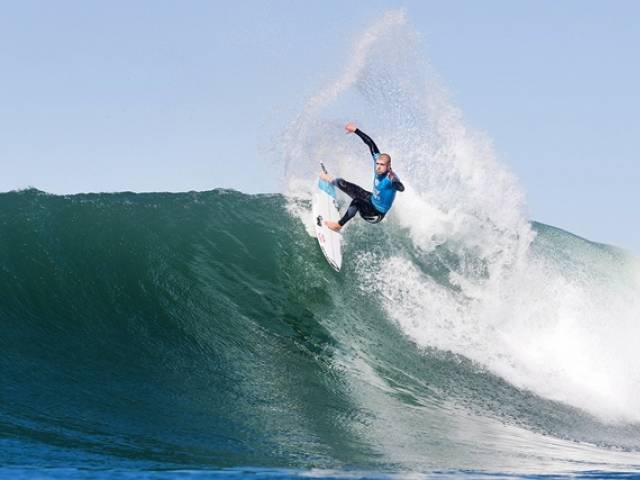 Australia has one of world's highest incidences of shark attacks, will test electrical barriers powered by wave energy. PHOTO: AFP

SYDNEY: A woman’s body was found off the western Australian city of Perth with “significant injuries consistent with a shark attack”, police said Sunday, just two days after a surfer died after being mauled along the same coastline.

Western Australia police said they found the body on a boat ramp in Mindarie, after the woman was reportedly sighted injured in the water off the northern Perth suburb on Sunday morning.

“The deceased person has significant injuries that are consistent with a shark attack, however the cause of the injuries are yet to be confirmed,” WA Police said in a statement, adding that inquiries were continuing.

No further details were released.

The suspected attack came two days after Ben Gerring — a surfer who lost a leg in a mauling off Falcon Beach some 115 kilometres south of Mindarie on Tuesday — died in hospital.

The 29-year-old was with a group of surfers when a suspected great white pounced on him, ripping off his right leg above the knee and snapping his surfboard in half.

A 4.2-metre (nearly 14 foot) shark caught on Wednesday near to where the attack occurred was destroyed at sea, although authorities could not confirm whether it was responsible.

Pictures of boy who fell into Harambe’s enclosure emerge online