#MuhammadAli: There will never be another 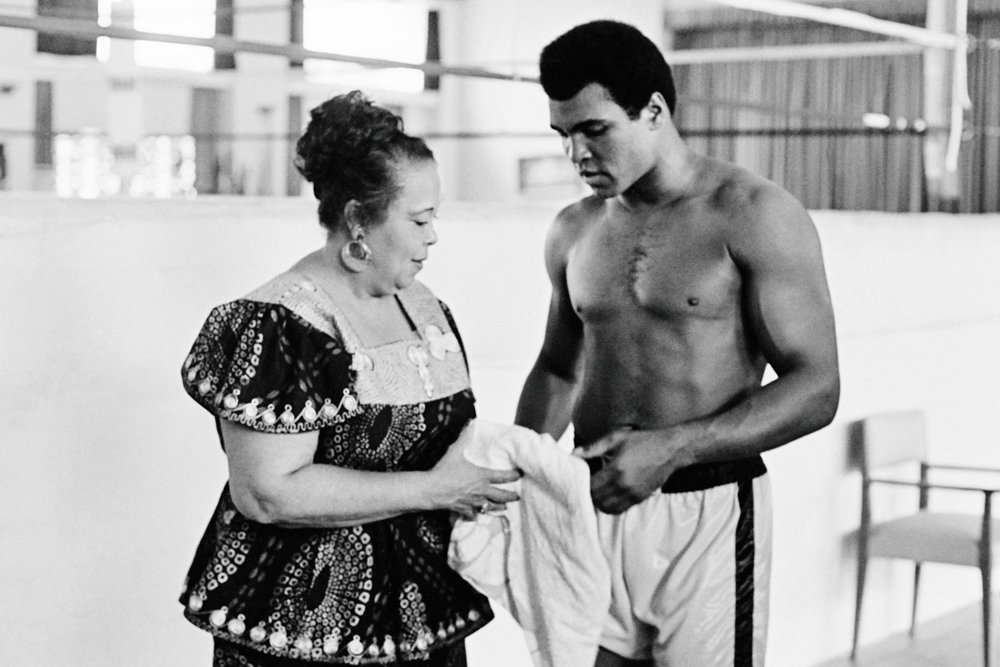 This file photo taken on October 27, 1974 shows US boxing heavyweight champion Muhammad Ali (born Cassius Clay) standing with her mother Odessa Grady Clay during a training session three days before the heavy weight world championship in Kinshasa. Boxing icon Muhammad Ali died on Friday, June 3, a family spokesman said in a statement. &quot;After a 32-year battle with Parkinson s disease, Muhammad Ali has passed away at the age of 74,&quot; spokesman Bob Gunnell said. PHOTO: AFP
One of the most charismatic sports figure Muhammad Ali passed away on Friday leaving the world mourning.

He called himself "The Greatest," and few disagreed. Ali was one of the iconic sporting heroes of the 20th century, the three-time heavyweight champion of the world who said he could "float like a butterfly, sting like a bee."

Ali, dazzled the boxing world as a youngster with his speed, never before seen in his weight class. He also rattled the established order with an equally quick wit and colourful personality that lifted him into the realm of super-stardom and ushered in the age of globally televised multi-million-dollar fights.

The legendary fighter spent his last years ravaged by Parkinson's disease but never retreated from public view and remained for 50 years one of the most recognisable people on the planet.

As the world mourned, it remains evident there will never be another like him.

God came for his champion. So long great one. @MuhammadAli #TheGreatest #RIP pic.twitter.com/jhXyqOuabi

"He who is not courageous enough to take risks will accomplish nothing in life." Rest in peace #MuhammadAli

Prime Minister Nawaz Sharif also expressed condolences to the family, loved ones and fans of boxing legend Muhmmand Ali, saying the "world was poorer without him."

“For the past half a century, he [Muhammad Ali] has been an inspiration for not only young Americans, but also young men and women of the world as a shining example of defying the odds with perseverance and a positive attitude,” the Foreign Office quoted the premier as saying.

“His [Ali’s] legacy has not only impacted modern boxing, he has also been an instrumental figure in changing social, political and religious narratives surrounding minorities in the West,” Nawaz said. “For that, we are in his debt. The world is truly poorer without him,” the premier maintained.

It was an honor to have you over - #MuhammadAli vist #Lahore #Pakistan 1988 #RIP #legend pic.twitter.com/EOzwjkE2SR

Words can't describe how I felt about this man.... #CassiusClay aka #MuhammadAli.... #RIP #GOAT #LoveU pic.twitter.com/htNYp84Zvs

#MuhammadAli is carried out of this world into eternity on the wings of Angels (RIP) pic.twitter.com/gXbY71k2bG

The greatest boxer of all times #MohammadAli has left this temporary world,condolence to family,friends & fans. RIP pic.twitter.com/gHjPwbB0fQ

When you remember him and eulogize him, remember how much he loved his Blackness. Don't whitewash his legacy. #MuhammadAli

I couldn't have said it better! #RIH #MuhammadAli pic.twitter.com/LHDp55WTeH

You will be missed #MuhammadAli pic.twitter.com/zMIt8fkBj8

An amazing talent.. An unforgettable sportsman and a legendary icon!#MuhammadAli pic.twitter.com/gq5JKkzsEU

RIP to the best ever! #MuhammadAli pic.twitter.com/S2ij0MasuT

I suppose you have to be a certain age to appreciate how unthinkable it is that #MuhammadAli is dead. Who was more alive than #MuhammadAli?

"He who is not courageous enough to take risks will accomplish nothing in life"
-#MuhammadAli R.I.P. pic.twitter.com/3KYevYPltg

Rest In Peace LEGEND! #MuhammadAli You were always a good role model and we will treasure your sportsmanship forever pic.twitter.com/JXsY6iplTf

We are deeply saddened by the death of the legendary boxer #MuhammadAli. RIP the great one! #inspiration #strength pic.twitter.com/L0H4hPV3R4

You Will Always Stand Tall among men! An Ovation to You and Your LIFE Champ! #MuhammadAli pic.twitter.com/2FpUW4YXBQ

"The man who has no imagination has no wings" #MuhammadAli

I wake up to these words every morning 🙌🏽 ... You definitely did live your life as a champion. RIP #MuhammadAli pic.twitter.com/by40wY1uop

The original GOAT is gone. I will never forget his vast legacy and the time he showed me a magic trick. #MuhammadAli Forever!!

Muhammad Ali is dead at 74! A truly great champion and a wonderful guy. He will be missed by all!

Muhammad Ali was not just a champion in the ring - he was a champion of civil rights, and a role model for so many people. 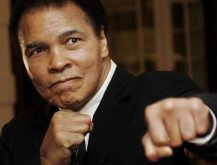 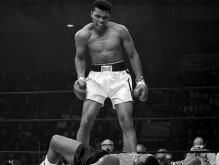