Pakistan should cooperate with India in Mumbai attacks investigation: US

Pakistan should cooperate with India in Mumbai attacks investigation: US

US urges Pakist­an to addres­s all groups operat­ing on their soil
By News Desk
Published: May 27, 2016
Tweet Email 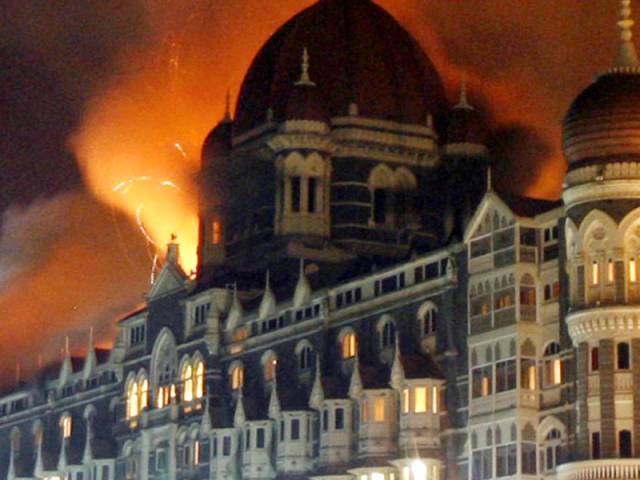 US urges Pakistan to address all groups operating on their soil. PHOTO: AFP

The United States on Friday urged Pakistan to cooperate with India to investigate the 26/11 Mumbai attacks.

Asked what America is doing about “the actors, the masterminds” of the attacks “freely roaming around in Pakistan,” US State Department spokesperson Mark Toner said, “Well, we continue to urge the Pakistani Government to cooperate with the Indian authorities to fully investigate these attacks. It was a terrible tragedy; you’re absolutely right. We want to see justice done and we continue to urge Pakistani cooperation.”

The US State Department spokesperson went on to say, “Well, that’s an ongoing conversation that we have with the Pakistani authorities,” when asked why the US didn’t urge Pakistanis to take care of the late Taliban leader.

Statement from the US State Department comes a day after Pakistan confirmed Taliban leader Mullah Akhtar Mansour’s death in a US drone strike.

Asked whether Taliban will engage in Afghan peace talks after the US killed their leader, Toner said, “First and foremost, our action against Mansour was predicated on the fact that we believed he was going to carry out lethal attacks on US servicemen and women in the field as well as against Afghan forces. That was – that was the clear and pressing, imminent threat that we were addressing by removing him from the battlefield. But we also hope that it sent a clear signal to the Taliban that really peace and reconciliation is their only option.”

In March, Pakistan asked the Indian government to send all 24 witnesses of the 2008 Mumbai terror attack to Islamabad, to appear before the anti-terrorism court (ATC) in the federal capital.

“The Foreign Office has written to the Indian government asking it to send all 24 witnesses to Pakistan for recording statements in the trial court in the Mumbai attack case,” India’s news wire service, Press Trust of India (PTI), quoted chief prosecutor Chaudhry Azhar as saying on Sunday.

The prosecution chief said the ATC has already completed recording the statements of all Pakistani witnesses in the case.

“Now the ball is in India’s court. The Indian government should send all Indian witnesses of the Mumbai case to Pakistan to record their statements so that the trial could further move ahead,” Azhar, who is also a special prosecutor of the Federal Investigation Agency (FIA), said.

Separately, four days after Afghan Taliban chief Mullah Akhtar Mansoor was killed in a US drone strike in Balochistan, army chief General Raheel Sharif on Thursday said such attacks not only violated Pakistan’s sovereignty but were also detrimental to bilateral ties between the two countries.

On a day when the Taliban officially confirmed the death of Mansoor and picked his successor, US Ambassador David Hale met the army chief at the GHQ in Rawalpindi in an apparent attempt to pacify Pakistan and ensure his country’s relations were not affected by the episode.

Further, Pakistan on Thursday said Washington’s action had scuttled efforts to bring the insurgent group onto the negotiating table.

“The death of Mullah Akhtar Mansoor in a drone strike on May 21 has added to the complexity of the Afghan conflict,” Prime Minister’s Adviser on Foreign Affairs Sartaj Aziz told reporters at a news conference. “We believe that this action has undermined the Afghan peace process,” he said.

Sartaj officially confirmed that Mullah Mansoor was killed in the US drone strike in Naushki, Baluchistan. “All indicators confirm that the person killed in the drone strike was Mullah Akhtar Mansoor who was travelling on a fake identity. The DNA test result will be available shortly,” he said.