Sartaj Aziz says Taliba­n leader was travel­ling with fake docume­nts when he was killed in US drone strike­
By Kamran Yousuf
Published: May 26, 2016
Tweet Email 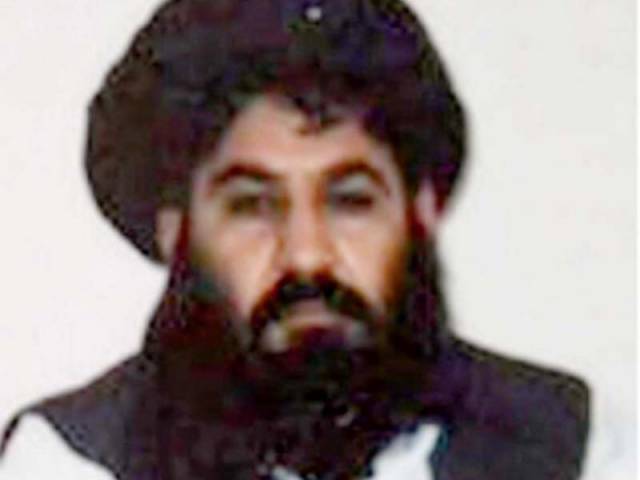 Days after Taliban leader Mullah Akhtar Mansour was killed in a US drone strike in Balochistan, Pakistan on Thursday finally confirmed his death.

All indicators confirm that the person killed in the drone strike was Mansour who was travelling on a fake identity when targeted in a drone strike near Noshki district in Balochistan, Adviser to Prime Minister on Foreign Affairs, Sartaj Aziz, said during a press briefing.

Aziz, however, said DNA reports of Wali Muhammad, the man suspected to be the Taliban leader, will further confirm the killing of Mansour. “His body will be handed over to his family after DNA tests,” the premier’s senior aide said.

“The death of Mullah Akhter Mansour in a drone strike on 21 May has added to the complexity of the Afghan conflict,” Aziz said while adding that the drone strike was a violation of Pakistan’s sovereignty as well as breach of principles of the United Nations Charter governing the conduct of states.

“We have conveyed our serious concern to the United States on this issue, PM’s adviser on foreign affairs said.

According to Aziz, the drone strike has undermined the Afghan peace process.

Referring to the ongoing peace process, Aziz said, “On May 18, Afghanistan, Pakistan, the US and China agreed that politically negotiated settlement was the most viable to continue to bring Taliban on the table.

This understanding has not been respected,” Aziz told those in attendance.

He further added that use of force will further destabilise Afghanistan, which will have negative implications on the region, especially due to the presence of large number of terrorist groups in in the country.

“Pakistan believes that politically negotiated settlement remains the most viable option for bringing lasting peace to Afghanistan. The military approach has been tried for 15 years and could not achieve the objective.”

Exphasising on the need of Afghan government’s cooperation for security in the region, Aziz said “effective border management is vital for checking infiltration across the long and porous Pakistan-Afghanistan border.”

Further, addressing the issue of Afghan refugees in Pakistan, he said that the presence of these refugees has given rise to “security concerns as terrorists and militants use the camps as hideouts for nefarious activities. Effective measures should be taken on an urgent basis by the International Community for the repatriation of Afghan refugees.”

“Pakistan’s desire for lasting peace in Afghanistan is motivated by our conviction that peace and stability in Afghanistan is essential not only for the people of the country but also for the entire region,” Aziz said.

The announcement comes a day after the Afghan Taliban picked a top cleric, Maulvi Haibatullah Akhundzada, as their new chief in a swift power transition after officially confirming the death of Mansour in a border region between Pakistan and Afghanistan.

Maulvi Haibatullah, who was previously one of Mansoor’s deputies, is seen as a unifying figure in the militant movement, though it remains unclear whether he will follow his predecessor in shunning peace talks with the Afghan government.

It added that Sirajuddin Haqqani, the head of the Haqqani network, and Mullah Yaqoob, the son of Taliban founder Mullah Omar, were appointed his deputies. Analysts had previously seen them as the most likely candidates for the leadership.

Haibatullah, 50, was the first deputy of Mullah Mansoor. He was not among the founding members of the Taliban movement launched by Mullah Omar in 1994. But later he was among the several Taliban leaders who had been very close to Mullah Omar.

Haibatullah has no political ambitions and could unite the Taliban splinter groups, according to a Taliban leader. Taliban insiders say Haibitullah emerged as the strongest candidate when a suggestion was floated to appoint a lesser known leader to reduce risks to his life after the US drone killed Mansoor. He is not on the UN and US sanctions or terror lists.

10 things you will experience at a digital event