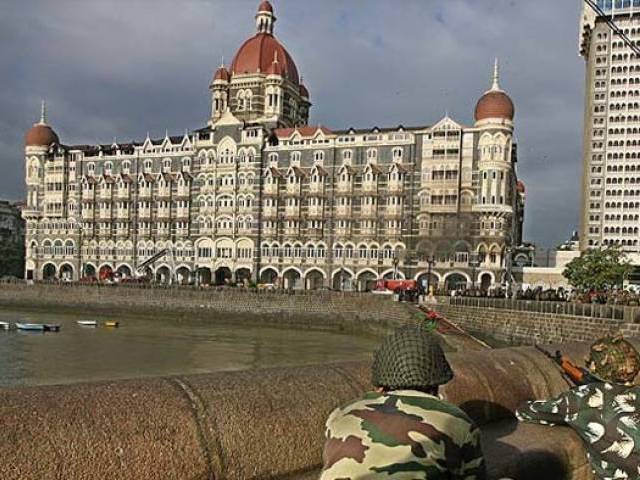 Pakistan has asked the Indian government to send all 24 witnesses of the 2008 Mumbai terror attack to Islamabad, to appear before the anti-terrorism court (ATC) in the federal capital.

“The Foreign Office has written to the Indian government asking it to send all 24 witnesses to Pakistan for recording statements in the trial court in the Mumbai attack case,” India’s news wire service, Press Trust of India (PTI), quoted chief prosecutor Chaudhry Azhar as saying on Sunday.

The prosecution chief said the ATC has already completed recording the statements of all Pakistani witnesses in the case.

“Now the ball is in India’s court. The Indian government should send all Indian witnesses of the Mumbai case to Pakistan to record their statements so that the trial could further move ahead,” Azhar, who is also a special prosecutor of the Federal Investigation Agency (FIA), said.

Last month, the ATC had directed the probe body to present all the 24 Indian witnesses in court to record their statements. The court had also ordered to bring back the boats allegedly used by Ajmal Kasab and other militants on the grounds that it is case property and should be duly examined.

India had accused the banned Lashkar-e-Taiba (LeT) militant group for masterminding and executing the coordinated attacks on Mumbai’s landmarks on November 26, 2008 that left 160-plus people dead.

Earlier, law enforcement agencies had detained commander of the proscribed militant group Zakiur Rehman Lakhvi for 30 days under Section 3 of the Maintenance of Public Order by the Punjab government immediately after the ATC granted him bail on December 10, 2014. The detention was subsequently extended twice.

However, a Lahore High Court (LHC) bench declared his continued detention under MPO illegal last year and ordered his release, subject to a Rs2 million surety bond. Lakhvi submitted the bond in April, 2015 and was set free from Rawalpindi’s Adiala Jail.

Six other accused are lodged in the Adiala Jail for over six years in connection with planning and executing the Mumbai attack.

This article originally appeared on The Hindu.