Art for a cause: ‘Only a woman can share another woman’s grief’

Art for a cause: ‘Only a woman can share another woman’s grief’ 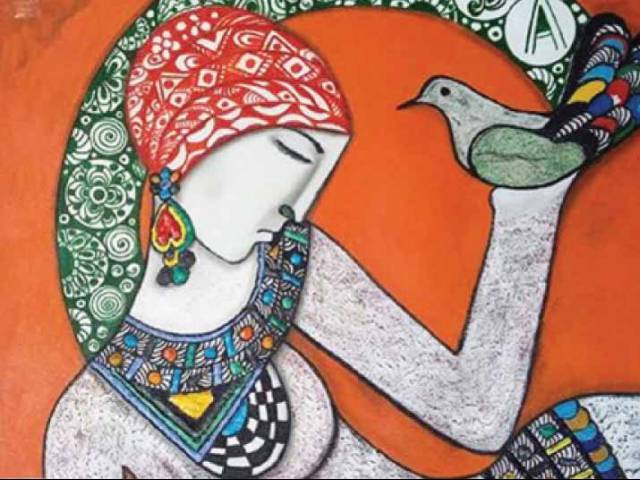 LAHORE: Art for a Cause—an exhibition featuring the work of over 15 artists has been underway at the Heritage Café Gallery since May 20.

Tashika Shah of the establishment said the exhibition had been organised in collaboration with the Al-Shifa Eye Trust Hospital. She said proceeds from the event would go towards helping eradicate visual impairment among children, anti-polio initiatives and orphanages. She said the exhibition was essentially an effort to generate funds to care and cure underprivileged children who would frequent the Al-Shifa Children Eye Hospital.

Artist Yasmeen Amjad said her work was inspired by women. She said she spoke about issues affecting women in her writings. My paintings are premised on similar themes and issues, Amjad said.

“A woman is a unique gift of nature. The essence of love. A lifetime companion. Only a woman can share another woman’s grief. I take immense pride in depicting the life of a woman,” the artist said. Artist Tabassum Umair, who paints whirling dervishes using a variety of mediums, said she had not been formally schooled in art. She said she had learnt the craft under celebrated artist Saeed Akhar’s tutelage.

Artist Amjad Butt said he primarily juxtaposed an array of mediums in his work. “I use transparent layers of colours to give my work a more vibrant and three-dimensional feel,” Butt said.  He said he was a self-taught artist. Butt said he had been working as a calligrapher for 12 years. Butt said he used the khat-i-naqsh and khat-e-diwani scripts in his work. He said he derived inspiration from the work of calligrapher Ahmad Khan. The exhibition will conclude on May 30.