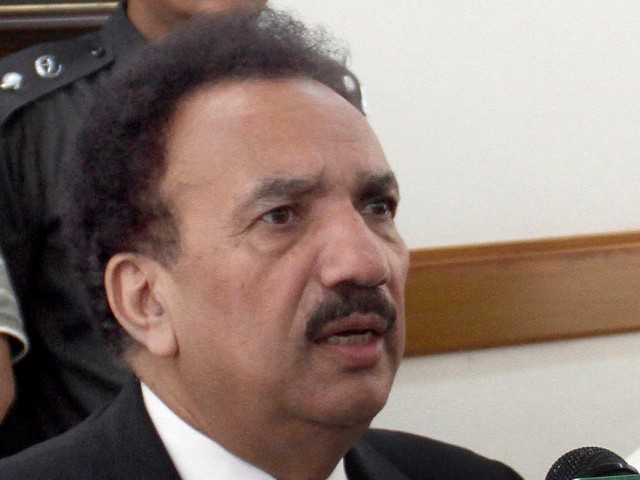 Govt assures parliament it will not be lenient in seeking 'appropriate' legal action against detained American.

ISLAMABAD: The government assured the parliament it will not be lenient in seeking ‘appropriate’ legal action against the detained American Raymond Davis who shot dead two Pakistani men in Lahore.

“The law will definitely take its course. No one is  allowed to breach it,” Interior Minister Rehman Malik told the National Assembly here on Friday.

Malik’s assertion came in response to allegation by a PPP member that the interior minister tried to rescue the killer immediately after the incident, on Thursday afternoon.

Noor Alam Khan, an MNA from Peshawar, said he had credible information that Malik made contacts with Lahore police to let the American go. He did not mention his sources though. Though the matter has to be dealt with by provincial authorities, Malik offered to initiate a parliamentary inquiry into it.

Several members from both the government and opposition parties demanded punishment for the foreigner while lawmakers from the Senate also set aside their party affiliations and asked the government not to succumb to any pressure and ensure a fair trial.

Regarding the details of the case, Malik said the matter was being investigated and that an inquiry by the federal agencies had also been ordered to collect information about the American and the weapon he was carrying.

No panel to review blasphemy law

Meanwhile Malik denied that the government had formed a parliamentary committee to suggest changes to blasphemy law.

Leaders from various religious parties have been demanding that the government dissolve a committee, reportedly headed by minorities’ affairs’ minister Shahbaz Bhatti, to investigate and remove loopholes in the blasphemy law.