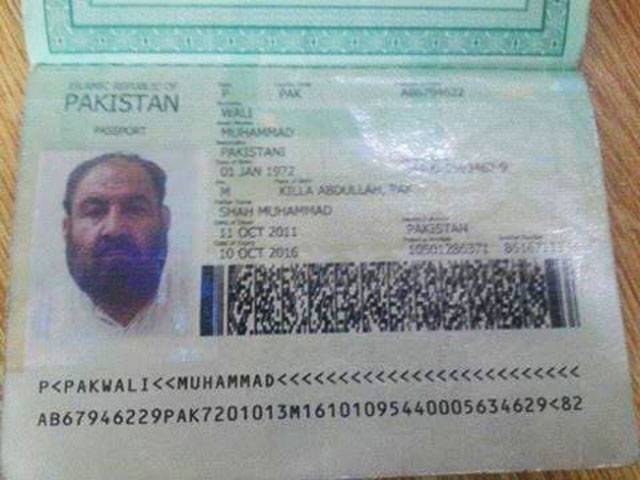 ISLAMABAD/KARACHI: While Afghan Taliban chief Mullah Akhtar Mansoor may have used a fake name to obtain a Pakistani identity card, his credentials with the authorities are all genuine, verifiable on specific helpline numbers.

Mansoor was reportedly killed in Balochistan in a US drone strike on May 21. A Pakistani CNIC and passport found at the site identified the victim as Muhammad Wali, a resident of Karachi.

The voter registration details of any CNIC number can be obtained through a text message to 8300. Wali’s number shows he was a registered voter with the serial number 38, block code 454050104, ward number 31 in Chaman Municipal Corporation union council of Killa Abdullah district.

While getting an identity card is a struggle for many Pakistani citizens, especially those living in districts other than their permanent address, the fact that Mullah Mansoor was able to get a Pakistani CNIC as well as a passport raises quite a few questions.

According to the “current address” mentioned on the CNIC, Wali lived in Flat Number B-016 of Bismillah Terrace, Plot Number FL-03, Karachi. Interestingly, the address does not include the area of this residential building, which is actually located in Gulzar-e-Hijri, Karachi.

A raid at the address in Karachi provided clues to the slain militant’s past as well.

A suspected militant associated with the banned Tehreek-e-Taliban Pakistan (TTP) was among three people arrested in a raid by intelligence personnel at Bismillah Terrace near Sohrab Goth, a police source told The Express Tribune. The men were identified as Jabbar alias Charya, Haji Yousuf and Shaiq.

Wali had purchased the property from Jabbar, who had been associated with a political party but later joined the TTP, the officer said.

“Jabbar sold the flat to Wali in 2012 through Yousuf, an estate agent,” he said on the condition of anonymity. “Wali’s family only stayed for two to three days in the flat and then left. Wali then approached the estate agent to help rent out or sell the flat.”

Since then, Shaiq had been living with his family on rent there, he added.

Another source said Shaiq and Yousuf were later released while Jabbar was shifted to an undisclosed location for interrogation.