The media regula­tory author­ity has sought an explan­ation from the makers on what it termed "immora­l scenes"
By Entertainment Desk
Published: May 16, 2016
Tweet Email 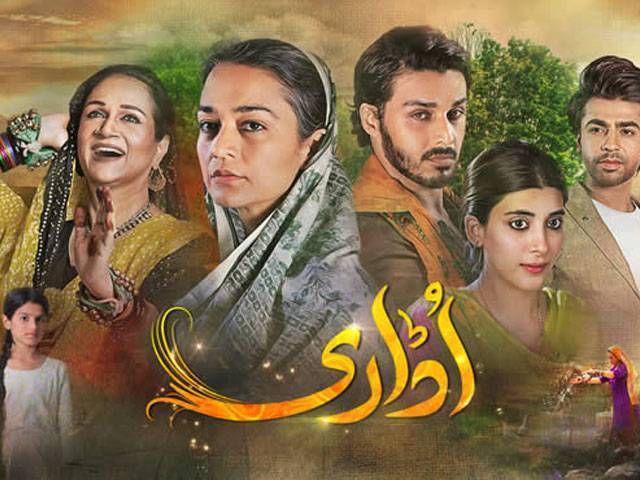 The media regulatory authority has sought an explanation from the makers on what it termed "immoral scenes". PHOTO: PUBLICITY

Momina Duraid — who is the producer of hit TV serial Udaari — says Pemra was misled into issuing a show-cause notice to the drama.

On Friday, Pemra served a notice to HUM TV seeking an explanation for showing “immoral” scenes in the popular serial that highlights the issue of child abuse.

“We feel it’s very unreasonable, Momina said while speaking to The Express Tribune. “We have very responsibly carved and executed this concept with prime focus on educating our public and children for a cause. We expect our regulatory bodies to encourage us and it’s very unfortunate that instead of supporting us they have taken a route that can only harm our society,” she added. Ahsan Khan plays Imtiaz Shaikh who lures his niece into illicit activities and is shown having wrong intentions for his stepdaughter. PHOTO: FACEBOOK

The acclaimed producer believes that her team will clear the issue in its response to Pemra.

“We feel that Pemra might have been misled by a group of people who would never want our society to raise and flourish. We will explain our view point and present it with evidence. We are attaching articles and feedback supporting Udaari with the our reply,” Momina said.

She also said that she’s hopeful that once Pemra understands the positive impact the drama has had on socitey, the media regulatory authority too will support it.

When asked what action Pemra could take if it found Udaari in violation of its codes, Momina said, “We feel it is a responsible body and will understand that this serial is important and crucial for social reform and will not use its power to take any action against this serial after we explain our side.”

Momina stressed on the importance of highlighting issues such as child abuse. “We cannot hide behind a wall and close our eyes to any kind of abuse, especially child abuse. Udaari is being termed the best play of the year by all critics and the viewers.”

‘Udaari’ stars walk the ramp at BCW finale for a cause Earlier, lead actor Ahsan Khan also responded to the notice saying, “Udaari has shown the issue in a lighter way. How can we say no to highlighting it, especially when it has constantly being overlooked?”