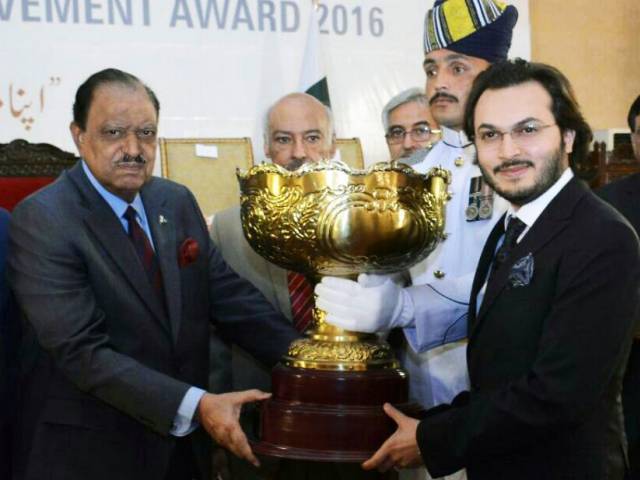 President Mamnoon Hussain, under the flagship of the Lahore Chamber of Commerce, conferred Hamza Munir Bhatti with the prestigious ‘Son of Lahore’ award, to acknowledge Bhatti’s meritorious services in the Industrial and Educational sectors.

Bhatti started his career as an entrepreneur at Mr Denim (Pvt) Limited and worked his way up the ladder to become chairman and managing director of the said company. As CEO of Bahauddin Zakariya University Lahore Campus, Bhatti managed to also become one of the youngest CEOs in Pakistan.

Other awards won by Bhatti include:

2.One of the 100 Best Performing CEOs of Pakistan in the CEO Summit Asia awarded by Governor of Punjab (June-30-2015)