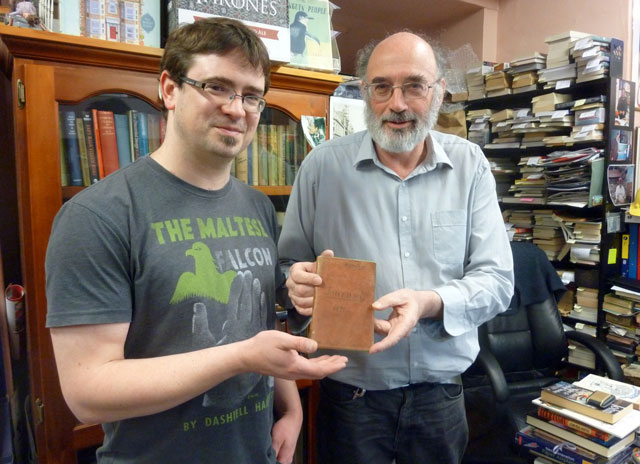 This handout photo taken and received on May 10, 2016 by Cracked and Spineless New and Used Books shows bookshop owners Richard Sprent (L) and Mike Gray (L) with the diary of British Lieutenant-Colonel John Squire, who served with the Duke of Wellington, which was discovered among a pile of books in a cupboard at the Cracked and Spineless New and Used Bookstore in the Tasmanian capital Hobart. PHOTO: AFP
SYDNEY: A handwritten journal has been found in the depths of a small Australian bookshop detailing what experts believe are battle plans from the Napoleonic wars.

The diary of British Lieutenant-Colonel John Squire, who served with the Duke of Wellington, was discovered among a pile of books in a cupboard at Cracked and Spineless New and Used Books in the Tasmanian capital Hobart.

Dated 1811, the leather volume appears to detail a period from May to June that year of a war that pitted the French against an array of European powers, focusing on The Siege of Badajoz in Spain.

Bookshop co-owner Richard Sprent said the previous owner, who is dead, toured Tasmania acquiring hundreds of thousands of books and it could have been among his dusty collection for years.

"We have spent the last couple of years slowly working through them all," he told AFP Tuesday, adding that the journal came to light this month with interest exploding after he posted it on Facebook. “A quick Google was enough to work out that this guy was a pretty big deal and we had something quite important.”

"From what I can gather, it details the Siege of Badajoz. Since Squire was also a Royal Engineer, he would have been important in this campaign -- and there are even original drawings contained in here."

Sprent has contacted the Imperial War Museum in London and in the meantime said one person has offered him Aus$10,000 (US$7,300) for the journal.

Gavin Daly, senior European history lecturer at the University of Tasmania, went to see the book as soon as he heard about it and said it was "certainly not a copy".

"It seems to be genuine. There is no reason why it wouldn't be," he said. "It's highly technical, with detail about wind direction and the sieges of Badajoz, which he was part of."

Daly added that Squire was no ordinary engineer and was well known in London circles, having played a part in moving the Elgin Marbles, a collection of classical Greek sculptures, to Britain.

He was also present in Egypt when the Rosetta Stone was passed to British forces, he added. Squire died in 1812 from fever on the battlefield and it was not clear how his diary ended up in Tasmania.

But many British soldiers at the time moved to colonial Australia to take up land grants in what was then known as Van Diemen's Land, and one of them may have brought it with him. "It's a great mystery and difficult to say how it ended up here," Daly said.

Review: BBC’s miniseries War and Peace is a must-watch, even if you haven’t read the book 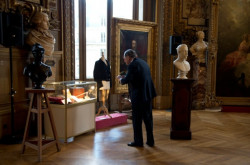 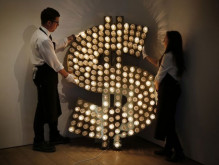 The one type of person rich people avoid