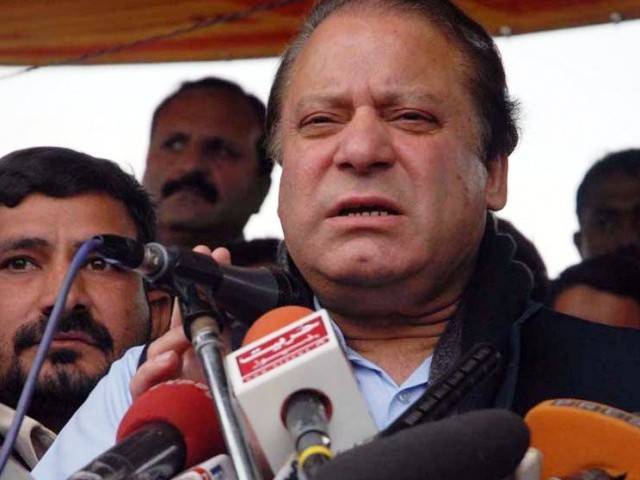 After two days of brainstorming, key opposition parties thrashed out a consensus draft of parallel terms of reference (ToRs) for the Panama leaks commission on Tuesday, though they could not break the deadlock over a demand for the prime minister’s resignation.

Opposition leader in the National Assembly Khursheed Shah is expected to forward the ToRs to the prime minister and the Supreme Court today (Wednesday). Opposition parties have already rejected the ToRs formulated by the government – and the prime minister has said the chief justice of Pakistan has the power to amend them.

According to insiders, the Awami National Party (ANP) and Qaumi Watan Party (QWP) opposed the resignation demand, terming it ‘premature’. The two parties are insisting the demand will be valid if the prime minister is found guilty after investigations. All other opposition parties seem adamant in seeking the premier’s resignation.

Leading opposition parties have already agreed that Prime Minister Nawaz Sharif and his family should be the first people to be probed under a judicial commission proposed for investigating offshore assets of Pakistanis.

Talking to the media after the second round of talks, Aitzaz Ahsan, leader of the opposition in the Senate, said his party was sticking to its demand for the prime minister’s resignation. He said there was no difference of opinion or lack of consensus. “We have agreed the prime minister should be the first to be investigated,” he added.

According to the five-page ToRs, a special Panama Papers inquiry and trial act shall be introduced to investigate the foreign and domestic assets of the prime minister and all other Pakistanis named in the leaks. The bill shall be formulated with the consensus of the opposition.

The commission will be headed by the Supreme Court chief justice and comprise two more apex court judges, who shall be nominated by the CJP himself. The commission may appoint a committee of experts, including international forensic auditors, to carry out the investigation, including all transactions, sale and purchase of all the assets of the PM.

Under the opposition’s ToRs, the commission is supposed to complete the inquiry of the prime minister within three months while the investigation of others may be completed in one year.

Sources told The Express Tribune that difference of opinion emerged over the timeframe of the inquiry as Awami Muslim League (AML) chief Sheikh Rashid insisted the inquiry panel be given 30 days to conclude the probe. The suggestion was, however, opposed by almost every party. Rashid then walked out midway through the meeting.

The opposition parties have mentioned 15 specific questions in the ToRs, asking the judicial commission to be formed to quiz the prime minister and his family regarding their properties, income tax and sources of income between 1985 and 2016.

Similarly, the opposition-proposed commission shall have the powers of a court under the Constitution, Criminal Procedure Code (CrPC) and Supreme Court rules. The panel shall have the authority to prosecute and punish like a court of competent jurisdiction if the prime minister is found guilty.

Each report of the inquiry body shall be made public by the government within one week and all the proceedings of the commission shall be open for public viewing. The opposition also wants the government, including institutions like the National Accountability Bureau, Federal Investigation Agency, Intelligence Bureau and Security Exchange Commission of Pakistan, to extend all assistance to the commission and comply with all its directions.

The ToRs state that the burden of proof in all matters shall be entirely on the prime minister’s family to prove their innocence.