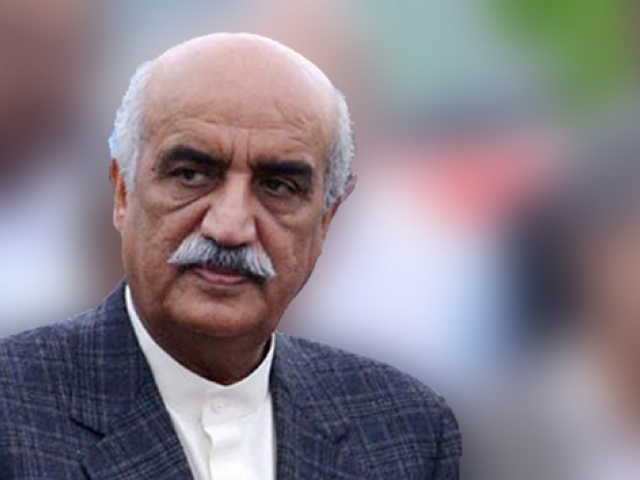 Opposition parties have decided to meet on May 2 to devise their strategy on the Panama Papers investigation a day after the Pakistan Tehreek-e-Insaf (PTI) announced a countrywide campaign against corruption.

The meeting to be held in Islamabad will chalk out a joint strategy and the opposition parties will brainstorm over their own terms of references (ToRs) for the judicial commission to probe the leaks.

The date was announced by Pakistan Peoples Party’s Khursheed Shah, who leads the opposition in the National Assembly, after a meeting with PTI’s Shah Mahmood Qureshi.

“Every political party has rejected the ToRs [drawn up by the government] and the response of the chief justice has yet to be seen,” Shah said while addressing the media after the meeting at Parliament House.

The opposition leader also censured the government over the vague ToRs of the Panama commission, saying “it will take over 100 years to complete the investigation” under the announced procedure.

Reiterating the opposition’s stance for an independent probe, he said the process should start from the prime minister and his family members named in the Panama leaks. “It does not mean others will be spared from accountability,” he added.

Though Qureshi said he called on the opposition leader for “being in constant contact”, sources in the PTI suggested the meeting between the two was not scheduled.

PTI Chairman Imran Khan had announced a countrywide corruption campaign on April 26 and Qureshi met with Shah to clarify it had nothing to do with the PPP.

The PTI leader said the people of Sindh had played a great role in democratic history and they were equally concerned now with Panama leaks. “It is our responsibility being a political party to mobilise the masses,” he said.

Responding to a question about communication with PPP Chairman Bilawal Bhutto Zardari, Qureshi said he had conveyed his message to him through a mutual friend and had not spoken to him directly.

Addressing the ruling party, he said there were some people in the government who wanted to divide the opposition but “it is my message to them that we are on the same page”.

The leaders agreed that opposition parties should draft their own ToRs for the investigation of Panama leaks.

Elahi said his party would participate in the May 2 meeting. “Our first priority is to force the government to get the opposition’s input,” he said. “In case of resistance, the opposition will have no option but to formulate its own ToRs.”

Sattar called upon the government to start negotiations with the opposition parties to devise the ToRs of the proposed commission, saying it was a bone of contention.

“It will end in a disaster if the government fails to show flexibility,” he said, warning the government would not be able to withstand the opposition’s response.