Pakistan, China ink agreements worth $4.2b

Pakistan, China ink agreements worth $4.2b 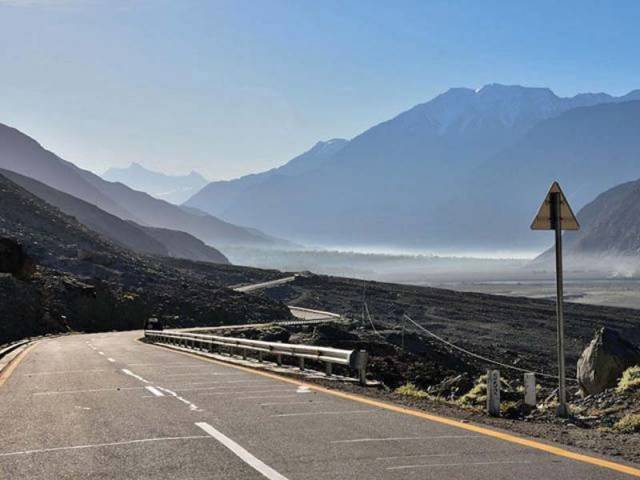 Pakistan and China have signed financing agreements valued at $4.2 billion for the construction of two main road projects of the eastern alignment of the China-Pakistan Economic Corridor (CPEC), thereby removing the last obstacle in starting the construction process.

The agreements were signed last week during a visit of Minister for Planning, Development and Reform Ahsan Iqbal to China, according to the ministry officials.

The loan agreements were signed after clearance was given by the State Council of People’s Republic of China. After the signing of the agreements, the contractors have been moved to the construction site, said an official of the National Highway Authority (NHA).

Both projects fall on the eastern alignment of the CPEC and are critical for connecting Beijing with the port city of Gwadar. The Economic Coordination Committee (ECC) of the Cabinet has already approved giving the contracts of the engineering design, procurements and construction to the Chinese firms.

Since China is providing concessionary loans for both projects, the contracts have been awarded on a government-to-government basis, waiving the condition of international competitive bidding.

Out of the $46 billion CPEC investment package, roughly $11.5 billion is reserved for the road and railways infrastructure. China has promised to give concessionary loans for four infrastructure projects. Two of these projects will get interest-free loans.

The CPEC is one out of six arteries that China has planned under its ‘one-belt one-road’ project and, according to the National University of Science and Technology’s (NUST) Chinese Studies Centre Director Syed Hasan Javed, this one-belt-one-road project has been at the planning stage for the last 20 years.

He proposed setting up a constitutional authority to monitor progress on CPEC projects – a suggestion that has already been given by the military to the government.

Javed, who is also a former ambassador, said that a clear implementation mechanism of the CPEC projects was missing and urged Islamabad to remove the obstacles on a fast-track basis.

China is also reportedly upset over the slow progress made in awarding the $2-billion commercial contract that includes laying a gas pipeline and setting up an LNG terminal in Gwadar.

According to a report, a Chinese firm had submitted the commercial bid for the contract; it had not been opened yet.

The China Pipeline Bureau (CPB) was designated by the Chinese government to implement the project.

The issue of Gwadar LNG pipeline and terminal project was also discussed during last-week’s visit of the planning minister to Beijing, said the ministry officials. They said the project was facing delays due to financing issues.

Ahsan Iqbal proposed to the Chairman National Development Commission of Reforms (NDRC) China to make this project part of the CPEC framework.

They said that the purpose of making the Gwadar pipeline and terminal project part of CPEC was to address financing issues. After its inclusion in CPEC framework, the Chinese financial institutions would give it ‘high priority.’

The issues related to CPEC have been largely addressed and now provinces are on board for its implementation, said the CPEC Planning Commission Cell Project Director Major General retired Zahir Shah.