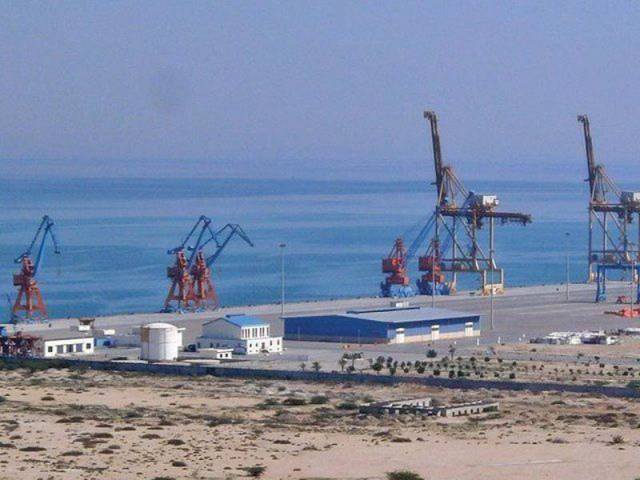 According to the CPEC Energy Projects Cooperation Agreement, both countries were bound to settle the issue of tax exemptions within six months of signing the agreement. PHOTO: FILE

Differences persist between China and Pakistan over Beijing’s demand to grant tax exemptions to its commercial banks on income they will earn by extending loans under the $46 billion investment package, which Islamabad estimates may cost at least $2 billion in revenues.

Under the November 2014 China-Pakistan Economic Corridor (CPEC) Energy Projects Cooperation Agreement, both the countries were bound to settle the issue of tax exemptions within six months of signing the agreement, according to official documents.

The issue remained unresolved due to Beijing’s insistence to expand the scope of exemptions and its reluctance to accept Pakistan’s demands, said an official privy to the negotiations. Both the sides have held multiple rounds of talks.

Article 3 of the CPEC energy cooperation agreement stipulates, “tax exemption of interest income accruing from commercial loans by ICBC (Industrial and Commercial Bank of China) and other Chinese commercial banks for projects identified under this agreement will be considered and negotiated under the processes and protocols for making amendments and modifications in the Avoidance of Double Taxation Agreement.”

The agreement covers $34 billion of energy projects but China also wants similar tax benefits for $11 billion worth of infrastructure projects, said the sources.

What the laws state

Under the prevailing laws, non-resident Pakistanis making profits by investing here are required to pay a certain amount in taxes. The government currently charges 10% income tax on profits earned by institutions by giving loans.

However, the government refused to accept the demand as insurance income was not covered under the treaty. The Federal Board of Revenue charges 5% tax on insurance income.

China also sought exemption from taxes on machinery imports for infrastructure and other projects. The government did not accept the demand as it required amendments to the Income Tax Ordinance 2001, said the sources.

Under the CPEC agreement, China would fund $46 billion worth of projects in energy and infrastructure sectors. It is not yet clear how much of the amount will be in the form of loans. Apart from this, financing arrangements for many projects are yet to be finalised.

However, the sources said tax exemptions would cost at least $2 billion to the exchequer over a period of 15 to 20 years. Final calculations will be possible only when financing agreements of all projects are finalised.

They said Pakistan was willing to give tax exemptions on interest income on the condition that the amount project owners would pay in interest would not be treated as an expense. This will be treated as part of income and will be subject to the tax levy.

This had been conveyed to the Chinese authorities and their response was awaited, said the sources.

“Negotiations are going on and an agreement is expected to be reached in the next round of talks,” said Dr Mohammad Iqbal, the FBR spokesman.

The initial draft for amending the tax treaty that China forwarded to Pakistan was ambitious, said another official. To give effect to the tax exemptions, both sides have to amend the 1989 bilateral treaty on Avoidance of Double Taxation and Prevention of Fiscal Evasion with respect to taxes on income.

During the last meeting, consensus was reached on outstanding issues, said Minister for Planning and Development Ahsan Iqbal while talking to The Express Tribune.