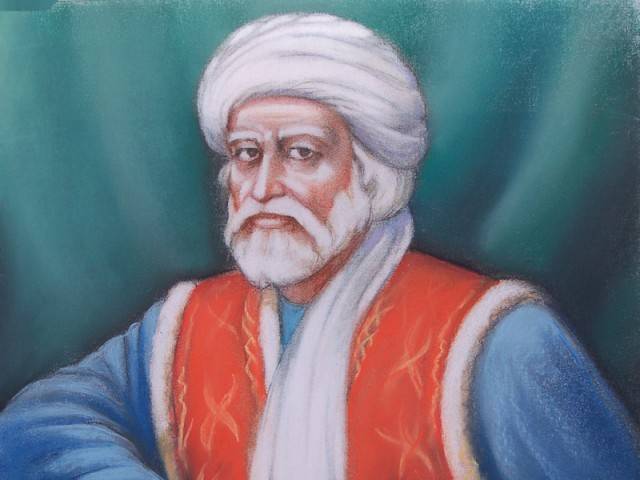 PESHAWAR: An English translation of Pashto poet Khushal Khan Khattak’s rubaiyat (quatrains) has been launched. According to Samiur Rahman, the translator, the book titled The Rubaiyat of Khushal Khan Khattak will put a spotlight on the subtle nuances of the Pukhtun nation and culture.

“Every nation has a representative,” the 40-year-old translator, who hails from Akora Khattak, Nowshera, told The Express Tribune. “[Under] the present situation faced by Pukhtuns, we are fortunate to have Khushal Khan Khattak, also known as Khushal Baba.”

He added, “[Khushal Baba’s] teachings can be shown to the world to give the Pukhtun nation the status it deserves.”

“What William Shakespeare is to English, Goethe is to the Germans and Dante is to the Italians, Khushal Baba is to Pukhtuns,” the translator said.

Earlier, Rahman translated Khushal Baba’s other work, Baznama. It was launched at a falconry event in Abu Dhabi and will also be presented at British Falconry and Raptor Fair.

A journey through verse

Khushal Baba has penned several volumes in all major literary genres, including prose and poetry. He
has written ghazals, rubaiyat and dramatic poetry.

The Pashto poet wrote 40,000 couplets on a diverse menu of themes. Love, philosophy, metaphysics, medicine, jurisprudence and falconry – all these ideas find residence in his work and depict the many flavours of Pukhtun society.

His rubaiyat discuss the concept of freedom. Through these quatrains, Khushal Baba highlights his belief in the freedom of expression. The Pashto poet takes a firm stance against myopia and narrow-mindedness and derides extremists for their failure to recognise the capacity for critical thought.

Khushal Baba’s poetry also shows his regard for Sufis saints. His poems weave together the delicate threads of love, human ideals, honour, dignity and generosity.

The poet has written around 2,000 quatrains. Sayed Rasool Rasa, a Pashto scholar, has compiled 1,600 in his book.

The Rubaiyat of Khushal Khan Khattak has 464 quatrains which are relevant to the present challenges faced by Pukhtuns. Upon first glance, the translations are simple and easy-to-understand. However, they bear considerable depth and meaning.

The publisher obtained copyrights of 42 miniature paintings from the Cleveland Museum of Art and Chester Beatty Library and printed them in the book.  Although Khushal Baba was associated with the Mughal court, his work was not limited by this and reflect independent thought.

The translator said it has taken some three years to compile this book.

“Very little is known about the Pukhtun nation,” Rahman said. “The world only knows about shuttlecock burqas and the Taliban. Overall, the west has failed to understand the region.”

According to Rahman, unlike other poets like Jalaluddin Rumi and Omar Khayyam, Khushal Baba has not been widely recognised. Though now, the translator will recite Khushal Baba’s work at the falconry fair in Britain.

There have been several attempts by international writers to translate his work. However, many of them are not aware of Pukhtuns traditions and society and this has rendered their translations unsatisfactory.