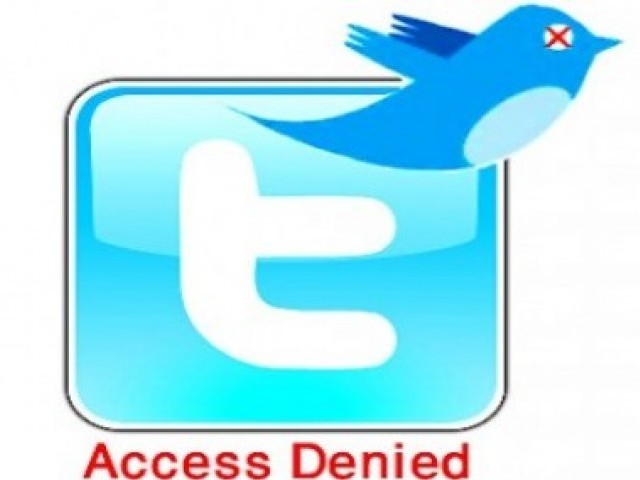 Twitter confirmed that it has been banned in Egypt to stop protesters in carrying out campaign against the president.

SAN FRANCISCO: Twitter confirmed late Tuesday that its website was blocked in Egypt, in an apparent move to thwart protesters using the social network in a campaign to oust President Hosni Mubarak.

The US-based microblogging service that allows people to use mobile phones and computers to broadcast short text messages was out of service in Egypt, according to the herdict.org tracking website.

Twitter said in a terse “tweet” that it was blocked in Egypt starting about 1600 GMT and that the interruption had derailed Twitter.com as well as applications linked to the service there.

“We believe that the open exchange of information and views benefits societies and helps governments connect with their people,” Twitter representatives said in follow-up message.

Herdict.org, a project of the Berkman Center for Internet & Society at Harvard University, said it had received a “handful of reports” from users across different Internet service providers in Egypt saying they had been unable to reach Twitter.

A Herdict.org spokeswoman said that Vodafone Egypt denied that they have blocked Twitter.

“From what we’ve heard from contacts on the ground, Egyptians are still utilising the Twitter service via SMS and third-party apps,” she said.

“We’re not the experts on how Twitter is being used in highly developing situations 1000s of miles from our comfortable HQ in SF,” Twitter said in a message.

“The experts are those using Twitter on the ground and those coordinating with them around the world.”

Tens of thousands of demonstrators took to the streets across Egypt, facing down a massive police presence to demand the ouster of Mubarak in protests inspired by Tunisia’s popular uprising.

Two protesters died in the port city of Suez in clashes between police and demonstrators and a policeman died from his wounds in Cairo, officials said.

The protests were considered the largest and most significant since riots over bread subsidies shook the Arab world’s most populous nation in 1977.

The protest, called by the pro-democracy youth group the April 6 Movement, coincided with a national holiday to mark Police Day.