Eight-time champi­on not in her best form; has won only one title in past year
By AFP
Published: April 23, 2016
Tweet Email 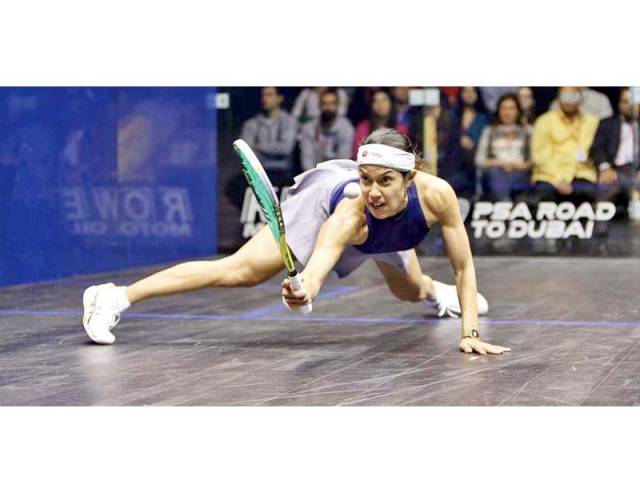 Nicol, who has a record eight titles to her name, is yet to win the Women’s World Championship on home turf despite two previous attempts. PHOTO COURTESY: WORLD SQUASH

The eight-time world champion dominated the sport for the past decade but has seen her aura of invincibility fade.

She has won just one tournament in the past year and surrendered the sport’s top rank last September after a historic nine-year run.

As a result, one of the more competitive fields in years is expected for the PSA Women’s World Championships, led by current world number one Laura Massaro of England.

Nicol, the second seed in Malaysia and fifth-ranked player in the world, admits she has had to adjust her expectations.

After losing her top rank, the 32-year-old vowed to win it back, but now says she is focussing simply on keeping her game sharp.

“It was an amazing achievement for me to be the world number one for nine years, but now for me it’s more about personal development,” she said on Saturday. “People will want me to chase the top spot, but the better I understand myself, the better I will play.”

Nicol is yet to win the title on home turf despite two previous attempts.

Massaro, however, won the last time Malaysia hosted the worlds, in 2013.

“I have always played well here and as the top seed I hope to play my best squash, which will hopefully be enough for me to win it,” said the Briton, who won the British National Championship in February.

The women’s world championship finally opens after the 2015 event was called off in December amid controversy when its promoter claimed security concerns in Malaysia prevented it being staged.