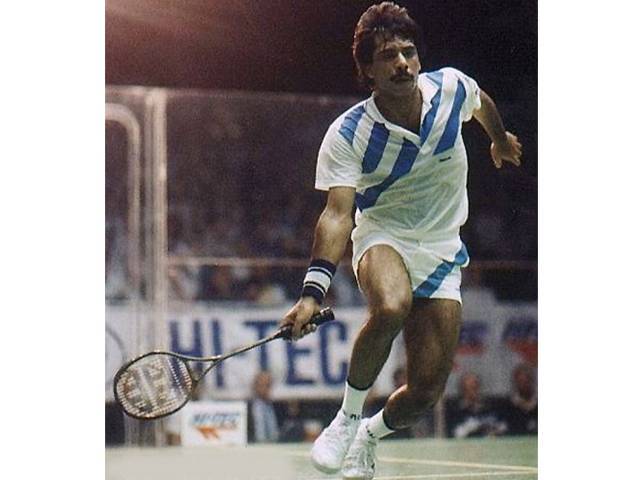 KARACHI: Legendary squash champion Jahangir Khan on Friday praised the success of a series with Egypt in Karachi this week, saying he hopes it will persuade top-ranked players to help revive the once-popular sport in Pakistan.

Khan helped fuel a winning streak for Pakistan in squash that began in the early 1950s, taking 10 British Open titles as he followed in the footsteps of players like Hashim Khan.

His contemporary Jansher Khan took the last international title for the country when he won the 1996 World Open in Karachi for the eighth time.

But since then Pakistan’s squash fortunes have seen a serious slump and due to security fears, the last international event to be hosted in the country was the World Open in 2003.

“It’s a good outing for our players as we know that they will not be able to match highly ranked Egyptians, but still the exposure will help them lift their game,” Khan, who is also chairman of the Pakistan Squash Federation and an honorary president of the World Squash Federation, told AFP on Friday.

“I am sure it will induce foreign players to come and help us revive the sport in the country,” he said earlier of the two-day event that ended on Thursday.

Jahangir said the series — which Egypt won by three matches to two, taking $40,000 in prize money — will be followed by another tournament named after his father Roshan Khan, who won the British title in 1957.