The suspec­t was out of touch with his family for the last two months­
By Our Correspondents
Published: March 28, 2016
Tweet Email 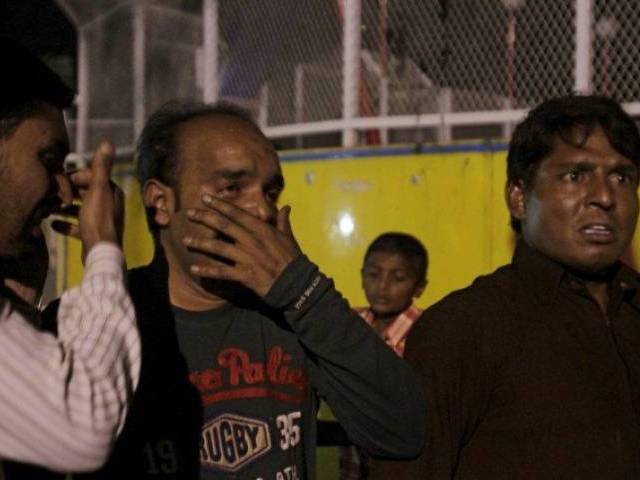 Men mourn the death of their relatives after a blast outside a public park in Lahore, March 27, 2016. PHOTO: REUTERS

The alleged suicide bomber, who blew himself in the Gulshan-e-Iqbal Park on Sunday, has been identified, the police claimed.

They said a CNIC was found from the scene of the crime and it is suspected that it belonged to Muhammad Yousaf Farid, a resident of Fateh Sehrani, Basti Baitwala in Muzaffargarh.

According to the card, he was born on January 1, 1988. DIG Operations Lahore Dr Haider Ashraf said police were investigating in the light of the information mentioned on the card.

According to a news channel, four of Yousaf’s brothers and a paternal uncle have been taken into custody. For the last eight years, the accused had been living in a religious school in Lahore. He had completed his education from the same institution and now served it as a teacher.

His father, Farid, is a greengrocer. The suspect was out of touch with his family for the last two months. The Counter Terrorism Department is going to take up the case.