‘Shehzori’ to light up the stage in July

‘Shehzori’ to light up the stage in July 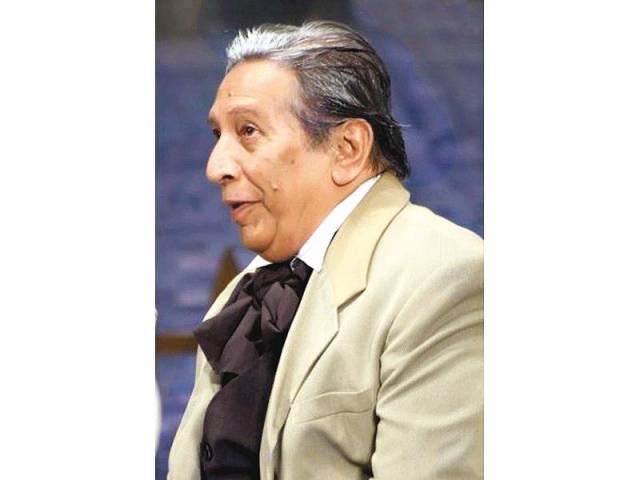 Shehzori will be another feather in veteran actor Talat Hussain’s cap. PHOTO: FILE

If the past few weeks are anything to go by, the Arts Council stage is bound to be set alight in the next few months. With the confetti and debris from the successful run of Kopykat’s Siachen still being cleared out, the management has wasted no time in moving onto their next series of performances.

Having already outlined a potential itinerary for the calendar year, the spate of productions scheduled to be performed at the cultural institute include a tribute to late writer Intizar Hussain, a stage adaptation of Shehzori, and a yet to be finalised theatre festival.

Shehzori, like Half Plate and Angan Terha, is another popular drama of the golden age of PTV that is expected to be adapted to the stage. Directed by Talat Hussain, the play was initially slated to be performed in July 2015 but got postponed indefinitely due to the director’s health issues.

Luckily the management was able to find a window for the performance in an already cluttered calendar. Though the play has been finalised, preparations are still underway with the team on the lookout for a potential cast. “We will be issuing an open call for the audition very soon as the play is most probably going to be performed later this year in July [right after Ramadan],” said Arts Council General Secretary Ahmed Shah.

Even though the play has been in the works for quite some time, it will mark a departure from the dramatic productions that are usually associated with Hussain. Shah recalled how he had approached Hussain with the offer to direct Shehzori. “Talat sahab had no problem as not only is he a part of my team but he is also an elected member of the Arts Council of Pakistan’s governing body.”

The list of television personalities associated with the stage adaptation isn’t merely restricted to Talat though, as Shah mentioned that Haseena Moin, who made her screenwriting debut with Shehzori, had also rewritten the script for stage. “The project is her baby,” remarked Shah.

Aside from Shehzori, Arts Council would also be paying tribute to Intizar Hussain who passed away earlier this year. According to Shah, Bakhtiar Ahmed will be directing the writer’s story, Athwan Sawal for stage. An ever-present figure in various Arts Council events, Shah felt it was important to acknowledge the services of a writer of Intizar’s stature. The tribute performance is most likely going to be performed in May.

But something to really look forward to for theatre-goers is how the Arts Council may finally be taking greater strides towards their overdue theatre festival. Although it has hosted theatre festivals in the past, under the name of Drama Festival, most of them have been on a local level. This time however, they are planning to take things up a notch by organizing a national event. “Hopefully, if all goes well, the All Pakistan Theatre Festival will take place in July. We are looking to invite leading troupes from across the country,” explained the general secretary.