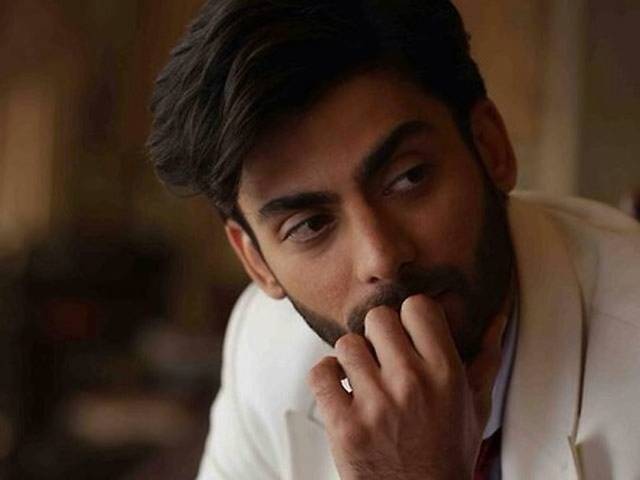 Fawad's popularity with the ladies compels interviewer to make a comparison with SRK. PHOTO: INDIATIMES

Every time Fawad Khan speaks, he leaves us swooning over him. He is charming, gorgeous and has Bollywood at the palm of his hands. In fact, in a recent interview he was compared to the King Khan himself.

“Your popularity reminds me a bit of like Shah Rukh Khan’s,” said Rajeev Masand of CNN-IBN in an interview with the Pakistani actor, after revealing how all the women he knew wanted to meet him.

To the comparison, the actor instantly said, “Hold on!” and held on to his ears, endearingly. The interviewer also compared him to Colin Ferth’s rise to heartthrob status after playing Mr Darcy in Pride and Prejudice. Fawad revealed all the female attention made him blush and he’s grateful for it.

But the actor doesn’t let the attention get to his head and doesn’t pay much heed to it, especially in front of one person: his father-in-law, of course.

When it comes to his wife and in-laws’ reactions towards Fawad’s heartthrob status, he claims he never really lets the topic come up since he’s scared of his father-in-law. “I start talking like a complete idiot, which I am. But that’s my way of deflecting it,” he said.

Talking about his upcoming film Kapoor & Sons, his second Bollywood project after almost two years, the actor revealed he chose it because of the powerful script.

“I read the Kapoor & Sons script in a half hour, forty-five minutes. I read it like a book. By the end, I was blown away. I picked up the phone and said, ‘This script is gold.'” (We can’t wait for this film!)

He then explained why he’s picky about his films in Bollywood, because they usually have intimate scenes and his fan base in Pakistan is still not comfortable with that onscreen, considering people go to cinemas with their families.

Though his rejection of Battle of Bittora had nothing to do with this as rumoured, it was just because of a clash of timetables, he claims.

The superstar also revealed how he was once passionate about cricket, and almost broke the TV while sobbing when Pakistan lost a match to India in 1996!

On working with three of the top actresses in Bollywood, Sonam, Anushka and Alia, Fawad says his equation with each of them is different. With Sonam, he has a ‘buddy’ relationship, while with Anushka and Alia it’s not that close because he hasn’t spent much time with them.

However, this didn’t stop him from praising the two ladies. “Anushka and Alia are terrific people to work with as well, full of energy… Anushka is a very Punjabi girl, which I like, and Alia is just a ball of energy I think, she’s got endless momentum,” he gushed.