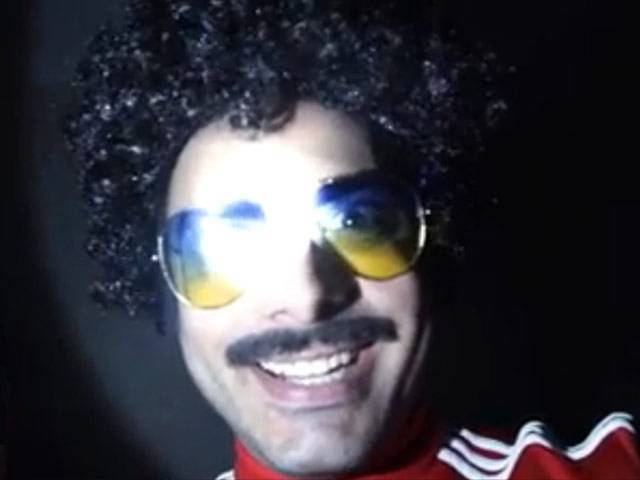 He’s creepy, he’s delusional and he’s out to get Fawad Khan!

If you’ve never seen Fawad Khan in a dual role, then this video will more than surprise you as the Pakistani heartthrob plays the antagonist and his nemesis in this two-minute clip.

The actor poses as himself — the demi-god celebrity that he is — and a sociopath, whose manic obsession with the famous personality leads to a hostage situation.

Fawad, Sonam create magic on-screen with yet another fairytale

Check out his spooky avatar in red sweats, a black afro and super creepy mustache. Ugh! I am terribly frightened of women, says Fawad Khan

The bloodcurdling laugh, the nasal voice, the mustache. Everything pairs up perfectly to bring together this psychopath character on-screen.

Can we take a moment to say he makes a really creepy psychopath, and that curdling laugh is just spine-chilling.

Ready for some serious goosebumps?