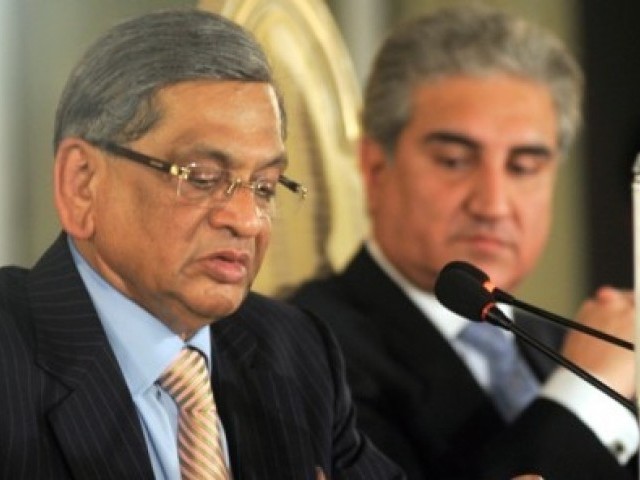 According to a report in the Times of India, the meeting could take place on February 8 after a meeting of top officials. The report said that the foreign secretaries of both countries Nirumpama Rao and Salman Bashir are scheduled to meet on February 6-7.

Analysts hope that the meeting will be a positive step in the Pakistan-India dialogue after the talks between the ministers in July that were said to have ended in failure. Krishna and Qureshi held wide-ranging talks in Islamabad on July 15 last year, but the effort failed to revive dialogue process and ended in bitter mutual recrimination.

Pakistan accused India of making the dialogue “terror-centric” while India contended that Islamabad’s insistence on a deadline for resolving complex issues like Jammu & Kashmir led to failure of foreign-minister level talks.

The meeting at the Saarc sidelines could set the grounds for Qureshi’s forthcoming visit to India over the next couple of months.