The state wants to eventu­ally reduce the popula­tion of the Jungle to 2,000 people­
By AFP
Published: February 23, 2016
Tweet Email 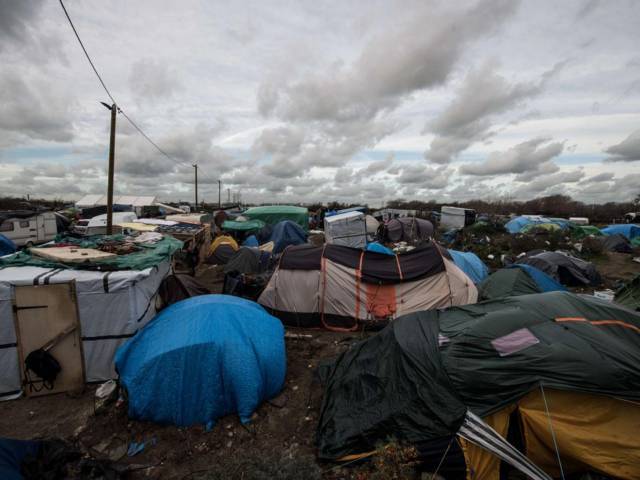 CALAIS: A French court will on Tuesday examine whether it is legal for local authorities to evict hundreds of migrants from the notorious “Jungle” camp in Calais, ahead of a demolition deadline.

Several migrants rights organisations and 250 migrants are putting the case before a court in the northern town of Lille, according to their lawyer Julie Bonnier.

The local government has set a 1900 GMT Tuesday deadline for people in the southern half of the grim camp to leave, saying the demolition will affect between 800 and 1,000 residents.

But according to charities working in the camp, who say they have done a census, there are around 3,450 people living in the southern part — including 300 unaccompanied children.

“This is about the violation of fundamental migrant rights,” Bonnier said.

“The proposed solutions do not meet their needs at all. It would be better that they stayed here until other solutions are found,” she added.

The judge in the case is due to visit the Jungle Tuesday morning to meet residents and assess the situation before giving a verdict later in the day.

Interior Minister Bernard Cazeneuve has said the eviction will be done “progressively, by persuasion and with respect for people’s dignity”.

But Christian Salome, who heads a migrant aid group, said making them move in the middle of winter showed a total disregard for refugee rights.

“This is a terrible step backwards,” he said.

The state wants to eventually reduce the population of the Jungle to 2,000 people.

Those being pushed out of the camp can go to one of around 100 accommodation centres elsewhere in France, or into refitted shipping containers set up nearby.

The containers have not proved popular with migrants, who say they lack communal spaces and restrict their movements, while local charities say they fail to meet international standards.

Conditions in other camps along the northern French coast are even more dire than those in the Jungle.

The French authorities have been gradually trying to shut down the Jungle, encouraging residents to head for proper centres elsewhere in France.

However, many of the residents have family or community ties to Britain and are reluctant to give up their dream of crossing the Channel.

A campaign spearheaded by celebrities such as actors Jude Law and Benedict Cumberbatch has called on the British government to let children from the camp be reunited with families in Britain and take responsibility for the “humanitarian crisis” in the Jungle.

Calais town hall has claimed the eviction is in response to “abuses” committed by migrants that had led to “an aggravated level of tension” in recent weeks.

It said camp residents were throwing stones and other projectiles at lorries and security forces on a daily basis, but also condemned members of far-right groups who loiter outside the Jungle to beat up migrants.

On Monday, six migrants were each given a month in prison for occupying a ferry in northern France in a protest calling for Britain to allow asylum seekers in.