There were no injuri­es or civili­an damage in the crash of the state-of-the-art $14-millio­n MQ-9 Reaper
By Reuters
Published: February 21, 2016
Tweet Email 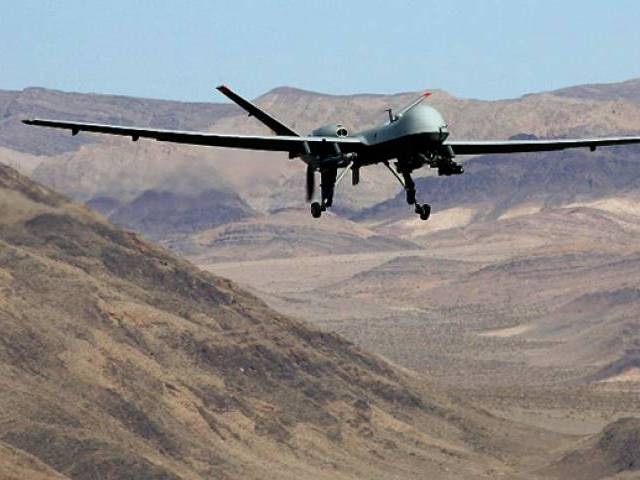 KABUL: An unmanned American aircraft crashed at an airfield in southern Afghanistan less than three months after an identical drone went down in November, a US Air Force spokesperson said on Sunday.

After ending its combat mission in 2014, the US military still uses air strikes by drones and other aircraft in Afghanistan to target suspected members of al Qaeda and Islamic State and back up Afghan forces battling a Taliban insurgency.

There were no injuries or civilian damage in the crash of the state-of-the-art $14-million MQ-9 Reaper late on Saturday night, Captain Bryan Bouchard of the 455th Air Expeditionary Wing said in a statement.

“The crash was contained on Kandahar airfield,” he added. “US Air Force authorities will investigate the cause of the crash but hostile fire was not a factor.”

Usually guided remotely by pilots outside Afghanistan, unmanned aircraft have played a major, and sometimes controversial, role in the American war, acting as spy planes and launching missiles at suspected militants.

In November, another Reaper operating out of Kandahar and armed with missiles was totally destroyed when it went down more than 483 km (300 miles) to the northeast of the base in a mountainous area.

Pakistan to blame for ‘bad blood’ with Afghanistan: Imran Khan

The cause of that crash was not made public but the military also ruled out ground fire as a suspected factor.

Reapers were the US Air Force’s first specifically designed “hunter-killer” unmanned aircraft, and are larger and more powerful than the older MQ-1 Predator drones.