‘Men can’t be feminists by just being revolutionary’

‘Men can’t be feminists by just being revolutionary’ 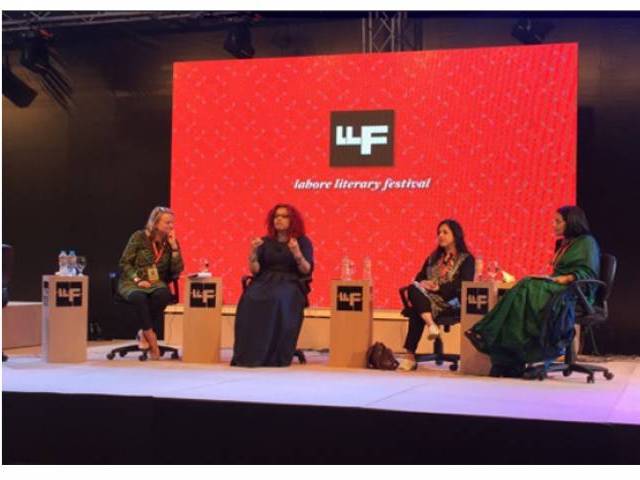 Cairo-based activist Mona Eltahawy on Saturday called false the view that men who were revolutionaries or activists could be considered feminists as well.

She was speaking at Feminism in Global Politics session at the Lahore Literary Festival (LLF).

Recalling her experience of the uprising against Hosni Mubarik’s government in Egypt, she said men and women had led the struggle together. However, she said, divisions had emerged among their ranks when the Egyptian military started assaulting women activists through tactics like virginity tests. She said not all male activists had stood with the women at that time. “Our fight is against both the Mubaraks who oppress us in bedrooms and in the streets,” she said. She said she was opposed to anyone who used religion to justify men’s control over women.

Eltahawy said women all over the world had been subjected to violent tactics like sexual assault whenever they demanded their rights. Referring to the British suffragette movement, she said police authorities at the time had used a systematic policy of sexual assault against the activists. She said she had suffered sexual assault from police during the uprising.

Anita Anand, author of Sophia: Princess, Suffragette and Revolutionary, spoke about Sophia Duleep Singh’s role in the British suffragette movement. She said Singh, Ranjit Singh’s grand-daughter, had been a member of the high society in Britain but a visit to Lahore had compelled her to revisit her political views. She said Singh had found the struggle of the Indian nationalists to be similar to that of the Britain women suffragettes because both were seeking a voice for themselves.

Anand also spoke about the Black Friday of 1910. She said a demonstration of suffragette activists against British parliament for not extending the right to vote [to property-owning women] had been broken through use of force. She said women activists had been subjected to sexual and physical assault.

Dina Siddiqi spoke about the idea that brown women needed to be saved from brown men. She said the idea had been popular among feminists during the colonial era. However, she said it had re-emerged following the 9/11 terrorist attacks. Siddiqi stressed the need for creating [government] structures to prevent incidents of violence against women.

She said British Prime Minister David Cameron’s comment that Muslim women needed to be educated for empowerment gave an impression that he thought that women were yet to be civilised.

Earlier, writer Rachel Holmes said that feminist activism was the earliest example of democratic struggle. She said global feminist movement had been non-violent.

In his opening address, European Union (EU) Ambassador to Pakistan H E Jean-Francois Cautain said that over the years the EU parliament had increased seats reserved for women. Some of the questions he posed to the panellists were on the efficacy of pro-women institutions established by patriarchal governments and if feminism was concerned only with women.Painter Musarat Mirza was presented a life-time achievement award at the beginning of the session.