Govt says move will usher in a new era of cooper­ation betwee­n the two countr­ies in areas of bankin­g, trade and energy­
By Our Correspondent
Published: February 20, 2016
Tweet Email 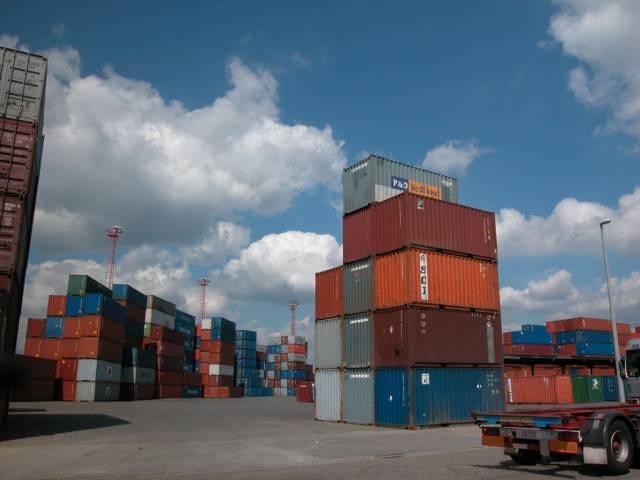 Pakistan formally lifted sanctions on Iran on Friday, a move which is expected to open a new era of cooperation between the two countries in the areas of banking, trade and energy.

“Pursuant to UN Security Council (UNSC) Resolution of 2231, Pakistan has decided to lift sanctions against Iran,” read a finance ministry announcement. The modalities for the restrictions sanctions were finalised in an inter-ministerial meeting, it said.

The foreign ministry issued the formal notification for lifting the sanctions, the finance ministry said. It added the decision would revive economic and commercial ties between Pakistan and Iran, particularly in areas of trade, investment, technology, banking, finance and energy.

The finance ministry said all previous notifications giving effect to UNSC sanctions on Iran stood repealed with the issuance of the new foreign ministry notification.

Pakistan took one month to lift the sanctions after the world powers, particularly the United States, removed a wide range of curbs against Iran on January 16. Washington lifted sanctions after the International Atomic Energy Agency (IAEA) confirmed that Tehran had met its commitments to roll back its nuclear programme under the July 14, 2015 agreement.

The removal of sanctions will tremendously help both India and Pakistan, as both the countries are aspiring to build the Iran-Pakistan-India (IPI) gas pipeline. Pakistan’s oil imports from Iran had also been restricted by the sanctions.

Treading with caution in trade with Iran

However, last week a top US official advised Pakistan to exercise caution on the multibillion-dollar gas pipeline, saying that some American sanctions against Iran were still in place.

Pakistan had welcomed the Joint Comprehensive Programme of Action (JCPOA) agreed between Iran and the European Union, China, US, Germany, France, UK and Russia. It appreciated the steps taken by Iran for the implementation of the JCPOA, according to the official handout.

“With the lifting of restrictions, economic and trade relations between the two neighbourly countries will receive a new boost,” said the finance ministry. “It will enable the two countries to fully reinvigorate various bilateral and multilateral arrangements for promoting investments and cooperation in across all sectors including banking, finance, industry and energy.”