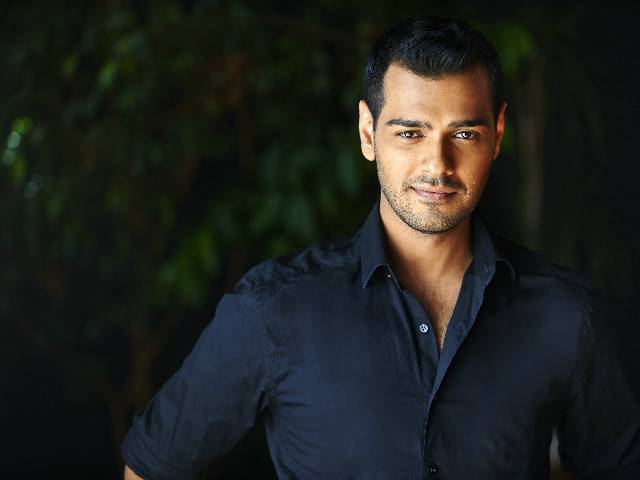 Grey — who was born in Karachi and grew up in the Far East before eventually settling down in Canada — spoke to The Express Tribune about his journey as an actor, his views on Pakistan’s burgeoning entertainment industry and what’s next for him.

“I enjoyed acting during my middle school years. I was actively involved in the drama department of my high school in Toronto,” said Grey. But he went on to clarify how acting was never seen as a serious career option.”The goal was to be a doctor, after all,” he said.

“While studying and even after graduating, I was looking for roles in short films and the likes through auditions online. I continued enjoying it as a hobby while I started working in the pharmaceutical industry. But then a car accident made me reassess my life and I decided to pursue acting as a career,” he added. Revealing further about his acting debut, Gabe shared, “My very first professional gig was on a Canadian TV Series The Border.”

“I played a government agent who came into the Border Control Office to explain the opium and poppy trade in Afghanistan and Pakistan,” he said adding, “I remember being very adamant that I pronounced Pakistan correctly.”

Following that, he had several guest appearances in other TV shows. “I landed the role of Dr Ned Patel in Bomb Girls (a 1940’s World War 2 drama), followed by Dr Naveed Mirali in Lucky 7 — produced by Steven Spielberg,” he said. He has also worked as a voice-over artist in video games Far Cry 4 and Far Cry Primal and has shown his acting prowess in theatre in plays such as Glengarry Glen Ross.

While The Border marked his TV debut, Gabe first appeared on the silver screen in a Japanese-Canadian film Toilet in 2010 and was last seen in Beeba Boys, which premiered at Toronto International Film Festival 2015. Sharing his experience with the film, Gabe said, “It was thrilling, fun and crazy. I joined the film just four days before the shoot and I was welcomed with open arms,” he added.

Among other actors, Gabe has shared screen space with Ali — son of veteran actors Rahat Kazmi and Sahira Kazmi — in Beeba Boys. He had known the actor from before as the two had met during various auditions. “I had no idea Ali was part of such a legendary family. It speaks volumes to his humility and good character,” incredible he said.

“The great thing about Beeba Boys was that all of us who had known each other as acquaintances ended up becoming really good friends,” he added. Sharing his views on the entertainment industry in Pakistan, Gabe said, “To be honest, I am not very familiar with it, but my family and friends keep on telling how things are evolving. I think the Pakistani industry is poised to create beautiful work and really establish itself on the world stage.”

However, there is one thing that he would really like to change. “I usually hear Pakistani dramas in the background when my mother is watching them. They all seem to be very typical Saas-Bahu stuff. It reduces our women to representations of either being horrible or powerless,” he said.

“I really want to see powerful female characters with high self-esteem in a storyline that isn’t defined by marriage,” he added. Even though Gabe hasn’t dived into any Pakistan projects so far, he is open to acting offers. “If the role suits me and if the right project comes along, I would love to work in Pakistan.”

Something may already be in the pipeline with Ali, he revealed. “We have been brainstorming a film idea. It’s hilarious and still in its early stages but maybe that will be the film that takes me to Pakistan,” he said.

On the work front, Gabe is currently developing a concept for a TV series and also working in a film which he would like to keep under wraps for now.