WWF-P, K-Electr­ic will plant thousa­nds of trees across the city by June
By Our Correspondent
Published: February 17, 2016
Tweet Email 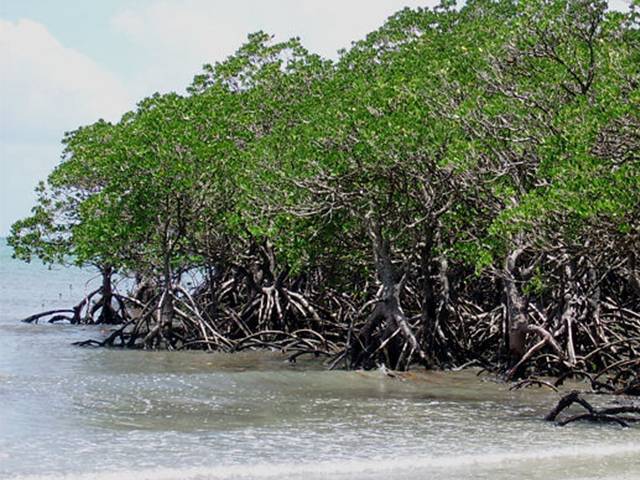 KARACHI: With the aim of making the city green, World Wide Fund for Nature – Pakistan (WWF-P) and K-Electric jointly launched a tree plantation campaign on Tuesday.

At least 500 mangrove saplings were planted during a ceremony at the WWF-P’s Wetland Centre located at Sandspit. Both organisations will plant thousands of trees in different parts of the city by June.

“There is an urgent need of initiating massive plantation drives in major cities like Karachi,” said Hammad Naqi Khan, the director-general of WWF-P. He said tree plantations will help reduce the adverse impacts of climate change.

Khan said Pakistan has the highest annual deforestation rate in Asia, adding the total forest cover in the country is just 2.5% of the total land.

Khan was of the view that Pakistan was not contributing much to climate change, but, he added, it ranks among the top 10 most vulnerable countries exposed to its adverse impacts.

Eram Hasan, K-Electric chief supply chain officer, said this initiative resonated with their climate change policy and would have a huge impact in bringing Karachi on the map of sustainable cities having a sustained green future.

“We hope that Karachi emerges as a major participant in this ‘Earth Hour City Challenge’ and K-Electric as a responsible company will continue to provide utmost support to this green cause,” Hasan added.

The plantation campaign is in line with the agreement between the power utility and WWF-P under the ‘City Challenge’, signed in November last year, which plans to increase the green footprint of Karachi.

Freedom of information: Right to information bill to be passed soon, says minister