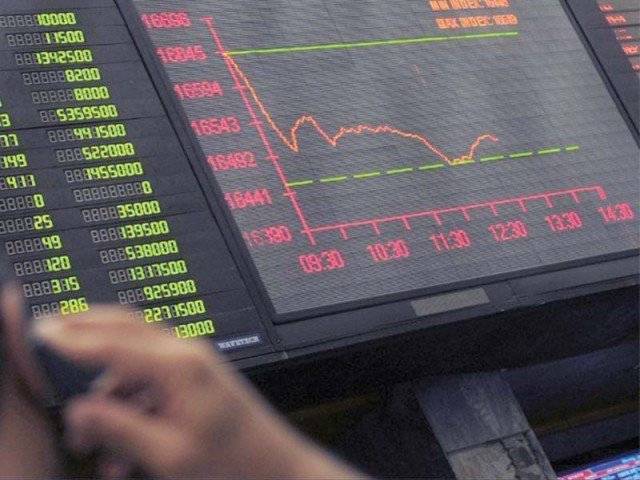 KARACHI: The stock market ended higher for the first time in the last five sessions on the back of a rally in the international crude oil market and optimism in regional bourses.

According to Elixir Securities analyst Ali Raza, equities snapped the four-day negative streak to start the week on a positive note, albeit with lower volumes.

“Stocks opened up in early trade following higher regional markets and sustained gains throughout the session,” he said.

Next in line were financial stocks that also contributed to the day’s gains after failing to perform in the last four sessions.

Meanwhile, JS Global analyst Ahmed Saeed Khan said the bourse finally broke its losing streak on the back of a rebound in global markets. It closed in the positive territory after closing in the red zone for four consecutive sessions.

“Major index movers were OGDC, PPL and POL, as international crude oil prices showed a major recovery over the weekend.

“The textile sector gained led by Nishat Mills (+1.67%) and Nishat Chunian (+1.94%), as the prime minister approved a zero-rated tax regime for the export sector.” Investor interest was seen in both the gas utilities as Sui Northern Gas Pipelines closed at its upper circuit breaker and Sui Southern Gas Company rose 2.59% from its previous day’s close. Pakistan State Oil gained 2.54% as investors anticipated a promising 1HFY16 financial result that would be announced by the company on Tuesday.

“Askari Bank (-0.37%) lost value as the company declared its annual result which was not in line with investor expectation. The bank announced earnings per share of Rs4 and final dividend of Rs1.25 per share in addition to the already paid dividend of Rs1 per share.”

Shares of 329 companies were traded. At the end of the day, 214 stocks closed higher, 93 declined while 22 remained unchanged. The value of shares traded during the day was Rs5.8 billion.

Foreign institutional investors were net sellers of Rs308 million worth of shares during the trading session, according to data compiled by the National Clearing Company of Pakistan Limited.