Two other soldie­rs were injure­d and have been taken to a milita­ry hospit­al, accord­ing to police­
By AFP
Published: February 14, 2016
Tweet Email 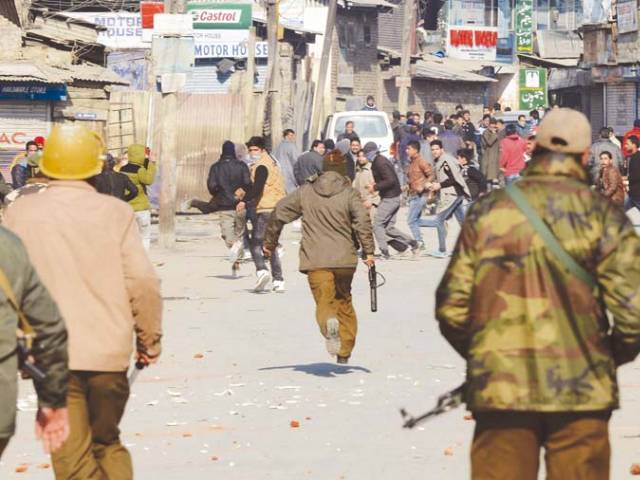 SRINAGAR: Two Indian soldiers and five suspected militants were killed on Saturday in a fierce gun battle in Indian-administered Kashmir near the Line of Control, Indian army officials said.

The seven men died during a heavy exchange of fire in the village of Marsari, some 130 kilometres northwest of the main city of Srinagar, defence spokesman N N Joshi said.

The 16-hour gunfight began on Friday when government forces zeroed in on an abandoned house after receiving information about the presence of suspected militants. “One more militant was killed in the operations, bringing their number up to five,” Joshi told AFP.

Another defence spokesman, S D Goswami, earlier said two soldiers had been killed. Two other soldiers were injured and have been taken to a military hospital, according to police.

Since 1989 several militant groups have been fighting an estimated half a million Indian forces deployed in the region, for independence or a merger of the Himalayan region with Pakistan.