Analysis: What is at stake in Reko Diq?

Analysis: What is at stake in Reko Diq? 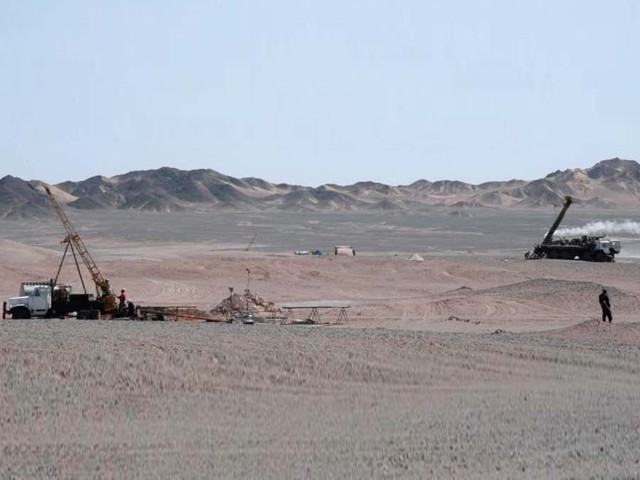 The project has come to the limelight because the exploration contract awarded by the federal government back in 1993 will expire in February 2011.

KARACHI: As the Reko Diq case unfolds in the Supreme Court of Pakistan and the media, there is a tangible fear that the short-sightedness of powers that be will squander an opportunity that could spell an economic turnaround for the country.

The project has come to the limelight because the exploration contract awarded by the federal government back in 1993 will expire in February 2011. This  prompted questions about the prospects of mining mineral deposits in the region.

A Canadian and Chilean joint venture, the Tethyan Copper Company Pakistan (Pvt) Limited (TCC), that holds an exploration licence in the region has furnished public discourse with estimates of gold and copper deposits.

Based on their technical and feasibility studies, on which they claim to have spent over $220 million, they estimate the value of the deposits to be around $260 billion. This valuation is based on their long-term estimates of gold and copper prices in the international market.

At the same time, the company has expressed interest in mining and extracting the copper and gold deposits that they themselves have evaluated. To this end, they claim an investment of $3.3 billion will be required whereby unrefined gold and copper deposits will be siphoned from the mines to Gwadar through an underground pipeline and shipped to smelters around the world for refining.

Several questions have been raised in this regard for example the veracity of the company’s estimates of the gold and copper deposits, the sensibility in exporting unrefined gold and copper instead of value-added refined ores, and the opaqueness of the project characterised by the underground pipeline that would transfer unrefined liquid ores from the project site to Gwadar for export.  Of course, the government is under no legal obligation to award the mining contract to TCC once their exploration contract expires. However, it does seem to be in a rush to award the mining contract to whoever comes along first.

For starters, it makes rational sense to verify the feasibility studies and the estimates provided by TTC by an independent, international consultant, not least because the company that has provided the estimates wants to mine the deposits itself. Secondary or multiple verification of feasibility studies is a fairly standard process that ensures transparency in the project.

Secondly, the imperative for exporting unrefined ores for a period of 56 years must be questioned. While Pakistan may not be a highly developed country, there exist smelters elsewhere in the country, eg in Saindak, that are refining copper. Therefore, it is not unfathomable that the mining company be obliged, under contract, to refine the deposits in Pakistan before exporting.

Thirdly, the underground pipeline that will transport the unrefined liquid ores to Gwadar for export is not only superfluous but also raises questions about the transparency of the project. Is there a built-in mechanism to verify the contents that are eventually shipped from Gwadar? Do we know for sure that only copper or gold will be extracted from the deposits since that is what we will be paid for? What about the presence, albeit in limited quantities, of uranium and rare earth elements, that are found in unrefined deposits?

Nothing is lost at the moment because the mining contract has not yet been awarded. We have the opportunity to be thorough and make sure that foreign companies are not gaining a disproportionate advantage due to our underdevelopment. Invariably we will need foreign assistance to be able to mine our mineral wealth but transfer of mining and refining technologies must be a built-in mechanism of any deal that goes through. At the end, the benefits must proportionately accrue to Pakistan, not just foreign investors.

Three gunned down in Quetta