Wasim Akram is having way too much fun at PSL

Wasim Akram is having way too much fun at PSL

Just in case you though­t Akram was too old to school the new kids
By Sports Desk
Published: February 4, 2016
Tweet Email 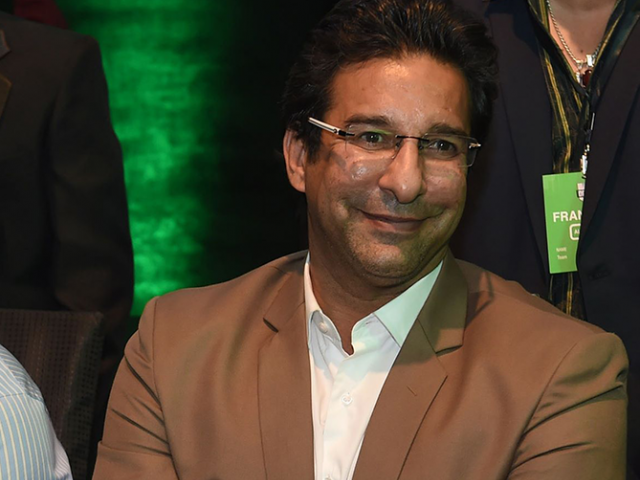 The Pakistan Super League (PSL) trophy was revealed in Dubai on Wednesday, and if we there is one thing we learnt from the ceremony, it’s to not take Pakistan bowling legend Wasim Akram lightly.

In a video released by the official PSL Twitter account, PSL chairman Najam Sethi is seen asking team captains on whether they fancy their chances to win the first edition of the tournament.

And while Shahid Afridi is the first to announce his ‘good’ intentions to claim the trophy, Karachi Kings captain Shoaib Malik, Lahore Qalandars captain Azhar Ali and Quetta Gladiator captain Sarfaraz Ahmed quickly follow suit to stake their claim to the trophy.

The younger generation of cricketers may have momentarily forgotten who they were up against but the amnesia didn’t last long as Wasim Akram — who is Director of Cricket at Islamabad United — had the last laugh when he pointed out how he had full intentions to ruin their premature celebrations.

PSL will kick off on February 4 (today) at 9pm (PST) with a match between Islamabad United and Quetta Gladiators at Dubai. Follow live updates and exclusive coverage on our website and ET Sports page.